The first Covid death was reported in Hisar on June 11 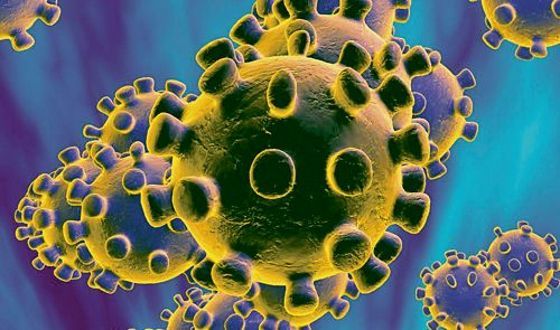 Hisar witnessed 100 deaths due to Covid-19 in the last 35 days, indicating a higher mortality rate as compared to state’s worst-affected districts of Faridabad and Gurugram.

The first Covid death was reported in Hisar on June 11. The number of casualties touched 100 on October 16. Since then there has been a sharp upswing with the toll touching 200 on Friday.

The total number of deaths is higher in Faridabad (290) and Gurugram (256), considered Covid hotspots in the state. But in the last 35 days, Hisar witnessed 100 deaths, Gurugram 66 and Faridabad 52.

It seems that patients are seeking treatment at later stage of the disease, which has resulted in a higher number of casualties. —Priyanka Soni, DC 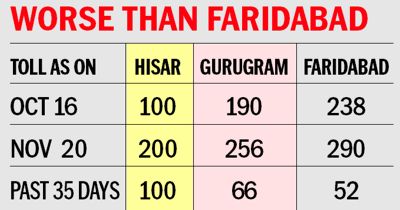 A Civil Hospital official claims that a number of ventilators are lying defunct in the hospital. “The doctors and paramedics are finding it difficult to manage Covid wards. Patients often complain of negligence on part of the staff,” the official said. Priyanka Soni, DC, however, claimed that there was no shortage of ventilators and other facilities.