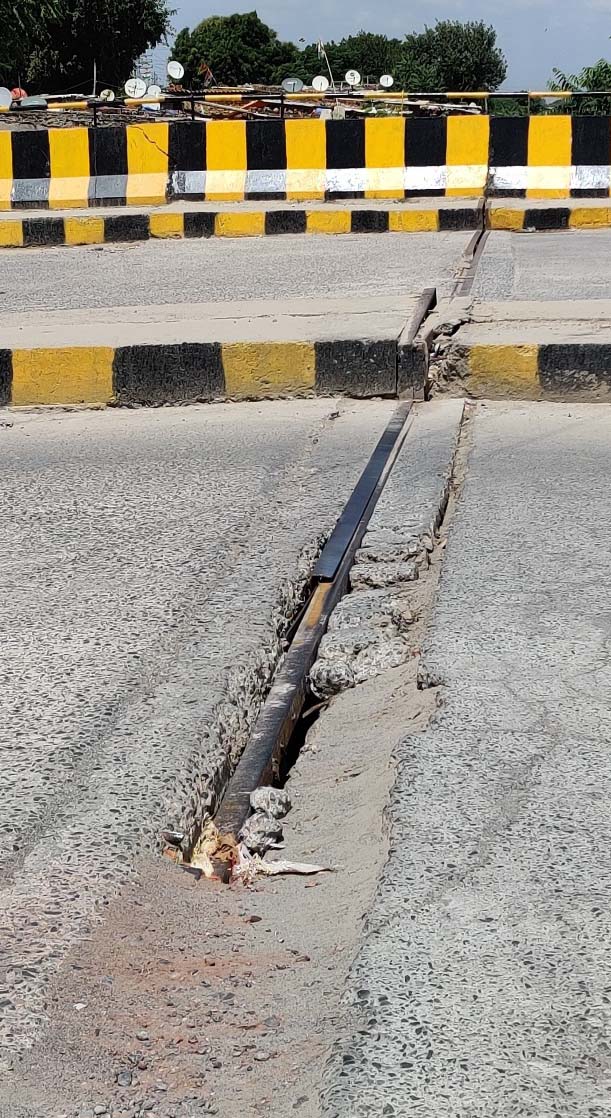 Though a large number of roads are lying potholed or damaged inconveniencing commuters, there are certain spots which deserve attention and need to be repaired immediately. The road of the bridge over the Gurugram canal connecting the Bypass highway (near the petrol pump of Sector 17) with the Master Road of Sector 87 at the MDPS Chowk and Tigaon Road in Greater Faridabad is one of those which needs to be repaired as a prominent gaping hole has emerged on the bridge. It poses risk to the commuters and may lead to accidents as thousands of vehicles pass over it daily. Officials concerned need to repair the spot immediately.

No it's not a dumping ground, it's a public park facing neglect. The horticulture waste is lying dumped in a corner of park No. 804 in Sector 8, Panchkula. This will encourage others to throw more garbage on the heap already lying for the past two months. The authorities concerned should take action.

Repair Tejli Road at the earliest

A stretch of the Tejli Road near the ESI Hospital has been in poor shape for several months. Deep potholes have developed on the road, inconveniencing commuters. The potholes have even led to a lot of road mishaps. Several important establishments, including ESI Hospital and branches of two banks, are connected to this road. The MC authorities should resolve the issue by repairing the stretch at the earliest.