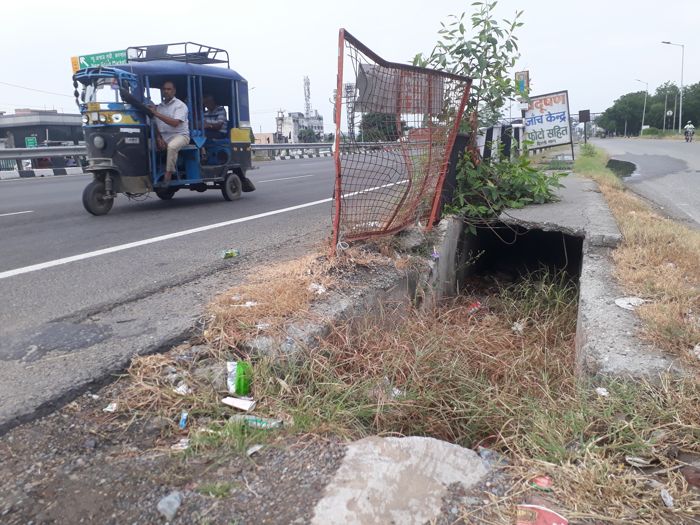 STORM water drainage lines along the National Highway-44 in Karnal city are lying incomplete and flooded with waste. The National Highways Authority of India (NHAI) has failed to take necessary measures in this regard. Covers of storm water drainage lines have also broken at various places, giving an invitation to mishaps. Waterlogging generally occurs at different points as the system does not function properly. The administration should to take up the matter with the authorities concerned so that there is no water accumulation on the highway. Amanpreet Singh Budhiraja, Karnal

CARCASSES of cows and pigs have been flowing into Rohtak city from other places through the JLN canal, but the authorities concerned are not paying any heed towards it despite a considerable number of carcasses being fished out from the canal in the past a month. The carcasses are not only contaminating the water, but also promoting the illegal practice of throwing the carcasses into the water. The authorities should put a check on this practice. Mukesh Bagri, Rohtak

THE main road in Sector 24, which is connected to Ugrakheri village is damaged and full of potholes. The reason behind such a situation is that the load of heavy traffic on the Panipat-Haridwar highway has been shifted to this road due to the worst condition of around one- kilometre patch on the Panipat-Sanoli road near the marble market.. This is inconveniencing commuters. The authorities should take note of the problem and get it repaired at the earliest.

The Tribuneinvites its readers to have their say. Please email at: haryanacity@tribunemail.com