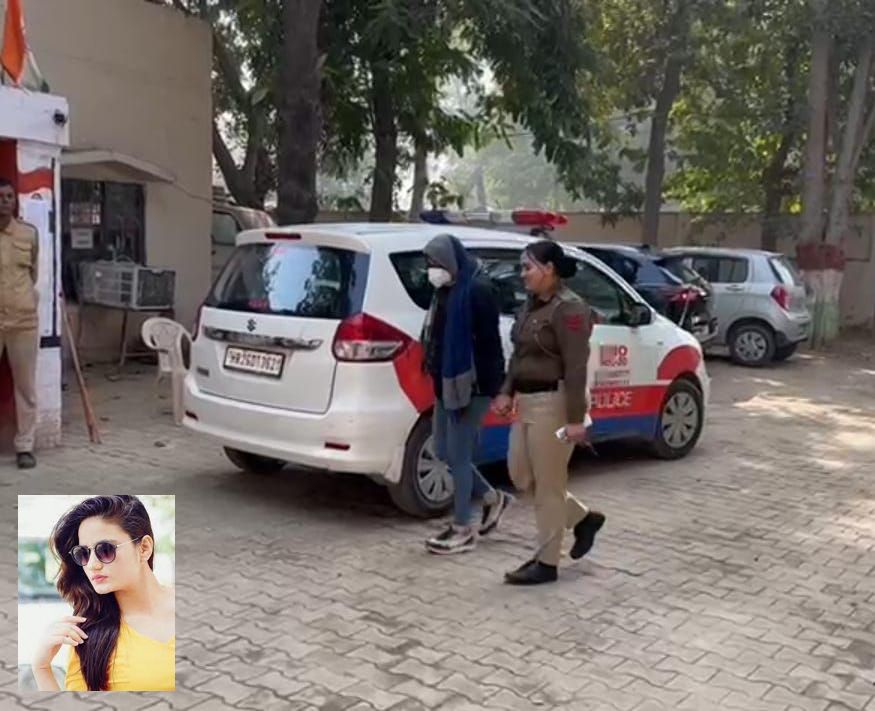 The accused YouTuber in police custody.

The Gurugram police arrested a Delhi-based YouTuber Namra Qadir (28) for allegedly extorting more than Rs 80 lakh from a private firm owner after allegedly honey-trapping and threatening to implicate him in a rape case.

The police said she was arrested from Delhi on Monday and was sent to a four-day police remand after being produced before a duty magistrate’s court. Raids are being conducted to arrest her husband Manish, who is still on large.

“The accused has confessed to the crime and we have taken her on police remand to recover money and other items. Manish will be arrested soon,” said Inspector Rajesh Kumar, SHO at the Sector 50 police station.

The victim, Dinesh Yadav (21), a resident of Badshahpur, had filed a complaint in August but the accused moved court seeking interim bail. After the bail was cancelled, an FIR was registered on November 26 at the Sector 50 police station. The accused, Namra Qadir, is now in police custody, said the police.

According to the complaint filed by Yadav who runs a private advertising firm, he got in touch with Namra and Manish some time ago for an advertising deal. He gave Rs 2 lakh for it to Qadir. After a few days, Qadir expressed her liking for him and said she wanted to marry him. They became good friends, added the complainant.

“In August, I, along with Qadir and Manish, went to a club for partying. We booked a room there late at night. Next morning when I woke up, Qadir asked me to handover my bank cards and Apple Watch. She threatened to implicate me in a rape case. Both of them managed to extort more than Rs 80 lakh and other gift items from me,” said the complainant.