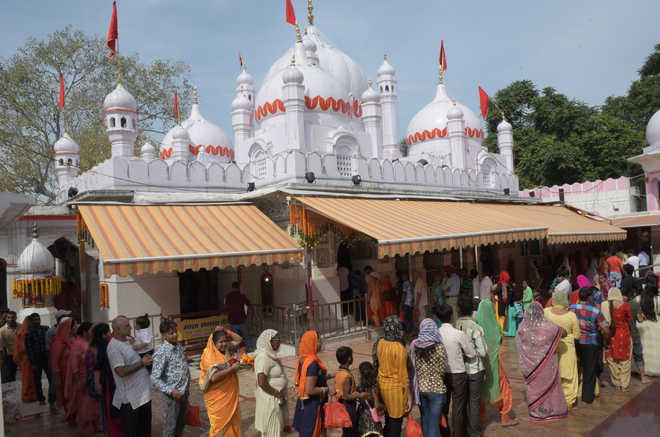 A diagnostic centre with OPD facility will be established in the premises of Shri Mata Mansa Devi shrine in Panchkula to provide treatment facilities to people on subsidised rates.

The decision was taken at the 18th meeting of Shri Mata Mansa Devi Shrine Board (SMMDSB), Panchkula which was held under the chairmanship of Chief Minister Manohar Lal Khattar on Thursday.

Various new works worth about Rs 45 crore, including establishment of a diagnostic centre with OPD facility, were approved in the meeting, an official release said.

The chief minister also directed to explore the possibility of transferring additional 10 acres of adjoining and unutilised land of Haryana Shehri Vikas Pradhikaran (HSVP) to SMMDSB for providing amenities to the devotees in a planned manner.

Khattar, who is also the chairman of the Shrine Board, directed the officers concerned to start the process for construction of the diagnostic centre at the earliest.

He said that besides the retired doctors, services of medical practitioners associated with different NGOs should also be taken for providing medical facilities to those visiting the diagnostic centre which would come up on land measuring over half acre.

The diagnostic centre, which would be built, managed and run by the Shrine Board, would be equipped with all modern and latest facilities. The treatment and test facilities would be provided on the subsidised rates, the release said.

While reviewing the progress of work for the setting up of Sanskrit college in Shri Mata Mansa Devi shrine complex, Khattar directed the Higher Education Department to take possession of land at the earliest and initiate the process for the construction of the building.

The Sanskrit college, which would be named as Shri Mata Mansa Devi Sanskrit Mahavidyalaya, would come up over 2.10 acres of land. PTI