According to an official release, Khattar will unfurl the national flag in Panipat 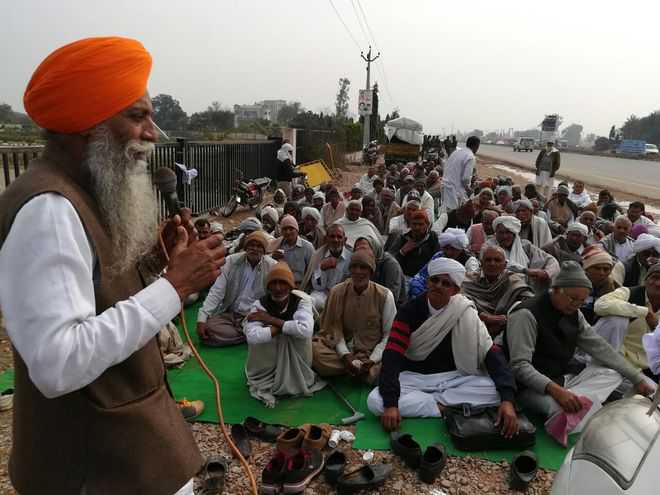 Haryana Bharatiya Kisan Union chief Gurnam Singh Chaduni on Saturday appealed to farmers and their supporters protesting the Centre's contentious farm laws not to oppose ministers or political leaders at Republic Day events in the state.

He, however, said farmers will continue opposing state ministers at rallies and events on other days.

"I would like to request that in Haryana if any minister or political leader comes to an event to unfurl the national flag on the occasion (of Republic Day), we don't have to oppose them," Chaduni said in a video message.

Disruption of any kind of Republic Day function "will send out a wrong message", he said.

Farmers will continue to oppose Haryana ministers if they hold rallies and functions on other days in the state, he added.

Earlier this month, protesting farmers had vandalised the venue of a "Kisan Mahapanchayat" in Karnal where Haryana Chief Minister Manohar Lal Khattar was to address people to highlight the benefits of the Centre's three farm laws.

Last month, a group of protesting farmers had shown black flags to Khattar when his convoy was passing through Ambala city.

Notably, Khattar and state ministers will be unfurling the national flag at various events across the state on January 26.

According to an official release, Khattar will unfurl the national flag in Panipat.

Deputy Chief Minister Dushyant Chautala will unfurl the tricolour at a function in Ambala. Education Minister Kanwar Pal will hoist the flag in Gurgaon and Transport Minister Mool Chand Sharma in Rewari.

Haryana police sources said tight security arrangements are being put in place in and around venues of all Republic Day functions which will be attended by the chief minister, ministers and other dignitaries.

Thousands of farmers, mostly from Punjab, Haryana and western Uttar Pradesh, have been camping at several Delhi border points since November 28 last year, demanding a repeal of three farm laws and a legal guarantee on MSP for their crops.

However, the protesting farmers have expressed their apprehension that the new laws would pave the way for eliminating the safety cushion of minimum support price (MSP) and do away with the 'mandi' (wholesale market) system, leaving them at the mercy of big corporates. — PTI