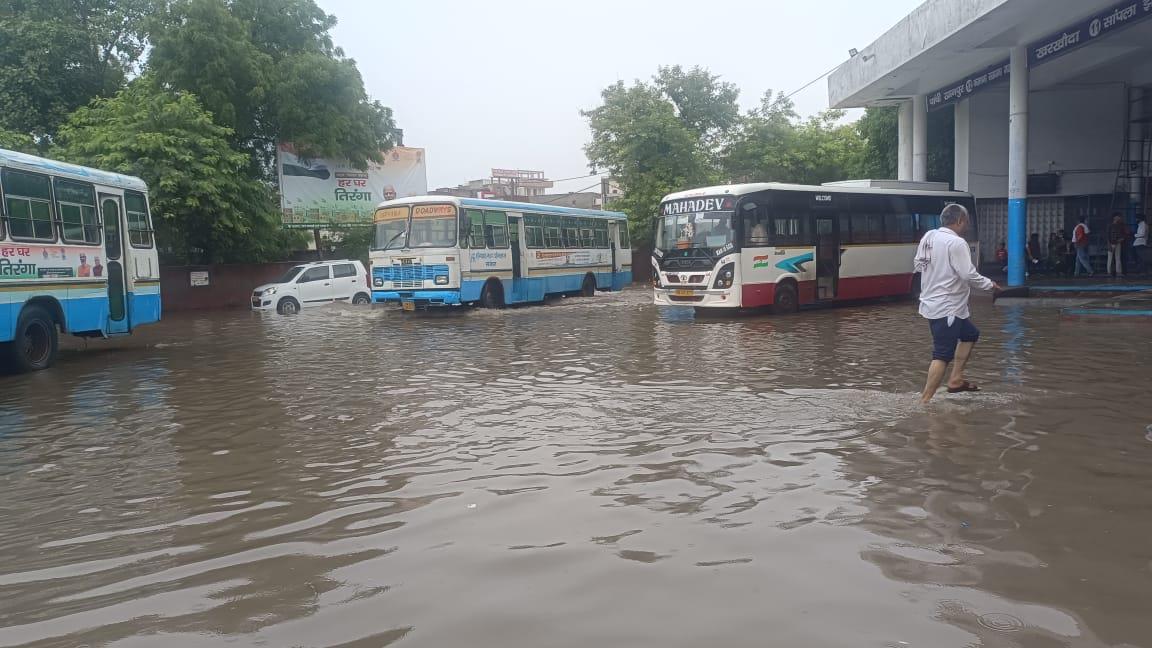 The waterlogged bus stand in Sonepat on Friday. Tribune photo

The heavy rain that lashed the city for around two hours on Friday left the roads inundated, exposing the tall claims of the Municipal Corporation about the cleaning and desilting of sewer lines here.

The poor drainage led to overflowing of the drains and sewer lines in the city.

Geeta Bhawan, Mehlana Chowk, Shani Temple underpass, and many roads in Sectors 14 and 15 were clogged with two to three feet rainwater.

Besides, the bus stand, vegetable market was also inundated. Broken roads in the city added to the woes of city residents.

Deepak Manchanda, a resident of Tara Nagar, said all major roads were dotted with big potholes. “These potholes are a major reason behind the mishaps. They get filled with water and it becomes impossible for the commuters, especially two-wheelers, to judge the depth of the pothole.”

Rajiv Jain, former media coordinator to the Chief Minister, also raised questions over the cleaning of drains and sewers before monsoon.

He has also written a letter to the MC Commissioner for proper cleanliness of the drains before the onset of monsoon, he added.

A similar situation was witnessed in the Samalkha area.