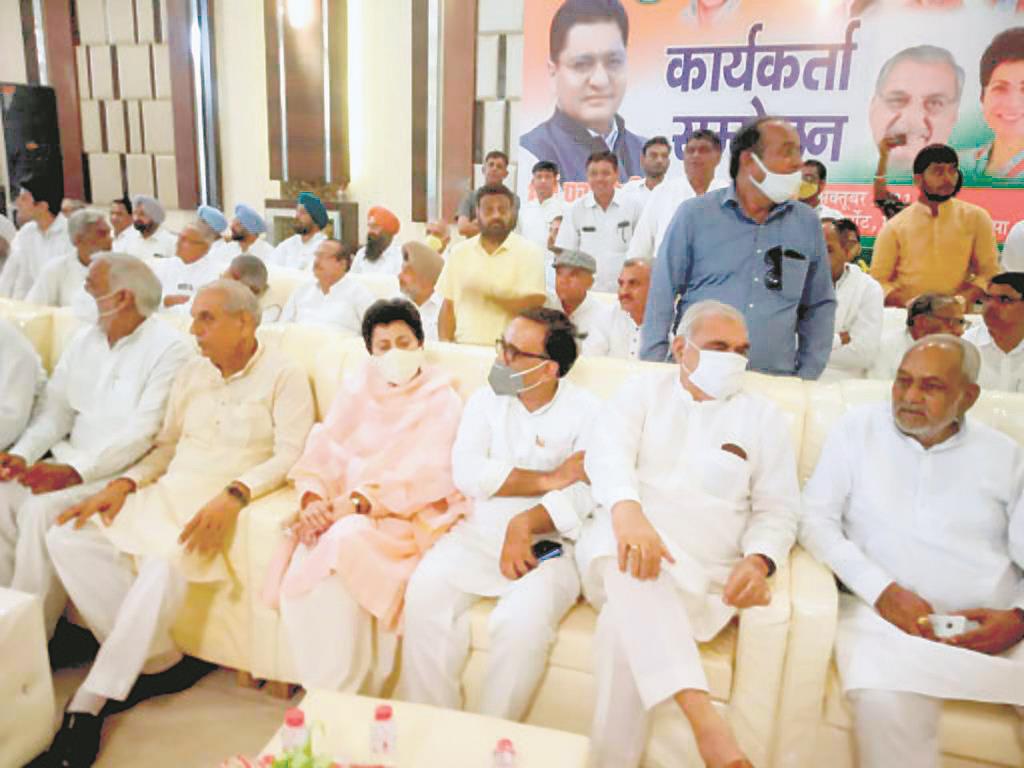 Congress leaders attend a meeting in Sirsa on Monday.

Congress leaders held a meeting in Sirsa today to chalk out a strategy for the Ellenabad byelection.

Former state minister Jagdish Nehra returned to the Congress at the party workers' meeting in Sirsa. Nehra had switched over to the BJP in 2014.

Addressing workers, Selja said the party was united and poised to win the Ellenabad byelection. She said every section of the society was unhappy with the anti-people policies of the government.

Hooda said the farmers’ movement was a big issue because the government had adopted a rigid stand. Meanwhile, former minister Jagdish Nehra announced to have left the BJP and joined the Congress today in Sirsa. — TNS