Panchayat held against teacher | DDO power taken away from her 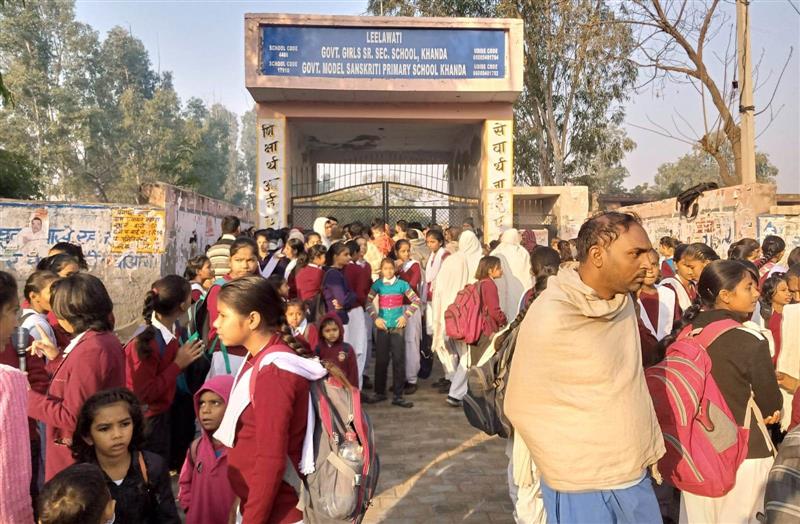 After the head teacher gave a lecture on a chapter of adult education in a moral science book, students of Class XI and their parents, along with other villagers, today held a protest against her outside Government Girls Senior Secondary School at Khanda village of Kharkhoda block of the district. They created ruckus and locked the main gate of the school.

My only fault is that I want to make the school as good as private institutions. I ask teachers to maintain discipline, come to school on time and stop students from bringing mobile phones. Nothing wrong is taught to students. It’s just cheap politics against me. Sudesh, Head Teacher

Besides being the head teacher, Sudesh also has the power of Drawing and Disbursing Officer (DDO). She alleged that some PGT teachers, in connivance with some parents, were simply playing cheap politics against her as she was trying to bring discipline, besides other positive changes, in the school. She alleged that the students’ parents were specially called to the school by using these teachers’ mobile phones.

On getting information, Block Education Officer (BEO) Satish Sharma also reached the school and held a panchayat over the issue. Later, he said it had been decided at the meeting with the school management committee’s president and the sarpanch of the village, that the DDO power would be taken back from the teacher and given to a regular principal. “As girls of three villages are studying in the school, we have sought names of three prominent persons from each village. These persons will visit the school and if any problem persists, they will share it with us and it will be resolved immediately,” the BEO said.

Sudesh said she had joined the school in September this year and since then, she had changed the school atmosphere. “My only fault is that I want to make the school as good as some reputed private schools. I ask teachers to maintain discipline, come to school on time, maintain proper attendance and also stop students from bringing mobile phones to the school. Nothing wrong is taught to students, this is just cheap politics against me,” she said.