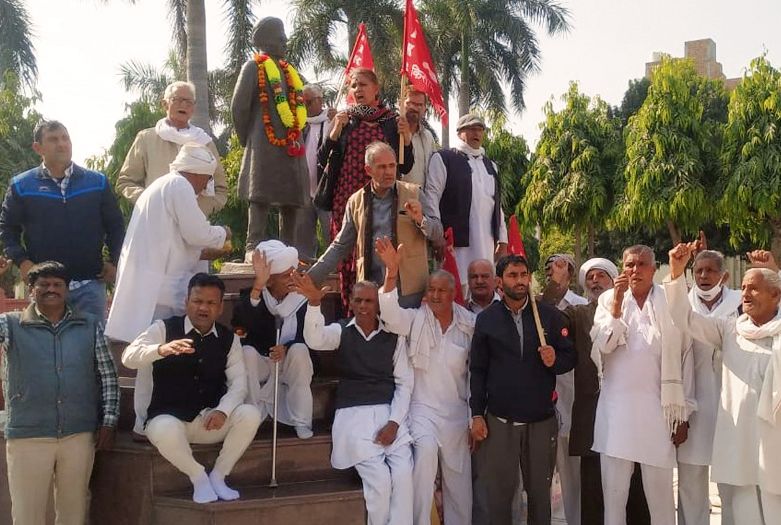 AIKS members at Chhotu Ram Park in Rohtak on Wednesday.

Besides Tikri, farm organisations on Wednesday celebrated the birth anniversary of peasant leader Sir Chhotu Ram by garlanding his statue at a park here.

Inderjit Singh, state vice-president, All India Kisan Sabha (AIKS), recalled the appalling condition of farmers reeling under usury and deprived of lands for non-payment of money lenders’ debt, an ancient practice that was abolished through a law.

He described how Chhotu Ram worked to bring together farmers of various communities, including Hindu, Muslim and Sikh, who were divided by communal political outfits. Other speakers referred to him as a leader, who worked for the welfare of both farmers and labourers.

Meanwhile, Jagmati Sangwan, a woman activist, said Chhotu Ram was also known for his monumental contribution towards enacting a series of path breaking laws, including the Agriculture Produce Marketing Committee Act in 1939. The legislation was known for putting curbs on the ruthless exploitation of farmers at the hands of money lenders, she added.

Celebrations were also held at various toll plazas in Rohtak and Jhajjar. — TNS