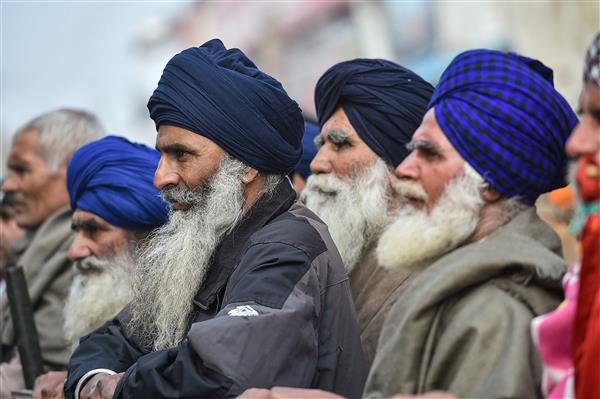 Farmers at Singhu border during their ongoing agitation against the new farm laws in New Delhi on January 22, 2021. PTI file photo

Farmers’ unions and Delhi Police have reached a consensus over a Republic Day Tractor Parade that farmers will hold on January 26—a development that comes after several rounds of talks.

According to the new arrangement, farmers will steer clear of the Outer Ring road on January 26 and will instead hold their rally on the inner roads of the city,  Rajinder Singh Deep Singhwala, vice-president of Kirti Kisan Union who was part of a meeting between farmers' unions and Delhi Police, said.

The parade will now take place in five routes and on a stretch of over 60 km, at least 30 of which will be inside Delhi.

The routes, he said, will be announced later.

The breakthrough came after Delhi Police have agreed to remove their barricades from Singhu and Tikri borders to allow the rally to enter Delhi, the leader said.

Police intelligence reports estimated 70,000 to 1 lakh tractors to be part of the farmers' rally, the leader said.

“They said that it may take 48 hours to complete the march and asked us to reconsider the route as it may sabotage the official Republic Day parade,” Singhwala said.

Delhi Police and farmers had been stuck in an impasse over routes for the past few days.  Farmers had previously announced that they were holding the parade in the Outer Ring Road, causing Delhi Police to worry about the impact it would have on the central government’s Republic Day Parade.

Sources said that the farmers' leaders who had gone for the meeting had been told to not walk out of the negotiations.

“In a breakthrough with police officials of Delhi, Haryana and Uttar Pradesh, Samyukt Kisan Morcha leaders were able to jointly finalize routes for the Kisan Republic Day Parade. Preparations are in full swing for disciplined conduct of the same. Response from farmers and their supporters has been tremendous from all over the country,” the Samyukt Kisan Morcha said in a statement.

“Farmers across the country supported the call of the Samyukta Kisan Morcha to celebrate Netaji Subhash Chandra Bose's birthday as "Azad Hind Kisan Diwas". Today, farmers protested in different places for demanding the repeal of three farm laws and legalising MSP,” the statement, which bore the name of Darshan Pal Singh, said.

“So far at least 151 peoples (sic) have lost their lives in this movement. We extend our deep condolences to all martyrs,” the statement said.