Farmers to get Rs 40L/acre for Rewari AIIMS land 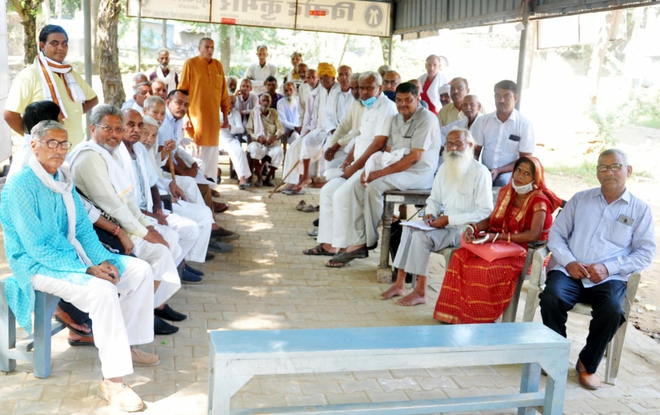 A 21-member delegation of farmers from Majra village here met Chief Minister Manohar Lal Khattar regarding the Rewari AIIMS project in Chandigarh on Wednesday. They agreed to take Rs 40 lakh per acre and a shop-cum-office (SCO) in lieu of selling their land for this prestigious project.

“We were demanding Rs 40 lakh per acre and an SCO of 500 yards against an acre. The CM accepted our demands and assured us of making the payment for the land within 15 days. A system will also be developed to provide space for the SCO to those too who are having land less than one acre. A meeting in this respect will be held at the village within one or two days,” said Jitender of Majra village, adding that the delegation was quite satisfied with the meeting.

Jaswant Singh, another member of the delegation, said the CM had also given them an option of dividing the space of the SCO and using it for residential purposes. Earlier, it was to be used merely for commercial purposes. “It’s a big relief and will suit every farmer. Today’s meeting evoked a favourable response and its outcome has also paved the way for the execution of this ambitious project, which was hanging in balance for a long time,” he added.

Meanwhile, the AIIMS Sangharsh Samiti, which has been spearheading an agitation to get the project executed, has also expressed satisfaction over the meeting’s result. Sheotaz Singh, samiti chief, said: “We expect that the government will lay the foundation stone of the project after buying the land at the earliest.”

The nation’s 22nd AIIMS project was announced by Prime Minister Narendra Modi during his visit to Kurukshetra in February 2019 before the Lok Sabha polls. Initially, the project was to be executed at Manethi village but was later shifted to Majra due to the non-availability of adequate land there.