Fire breaks out at scrap godown in Yamunanagar, 4 die 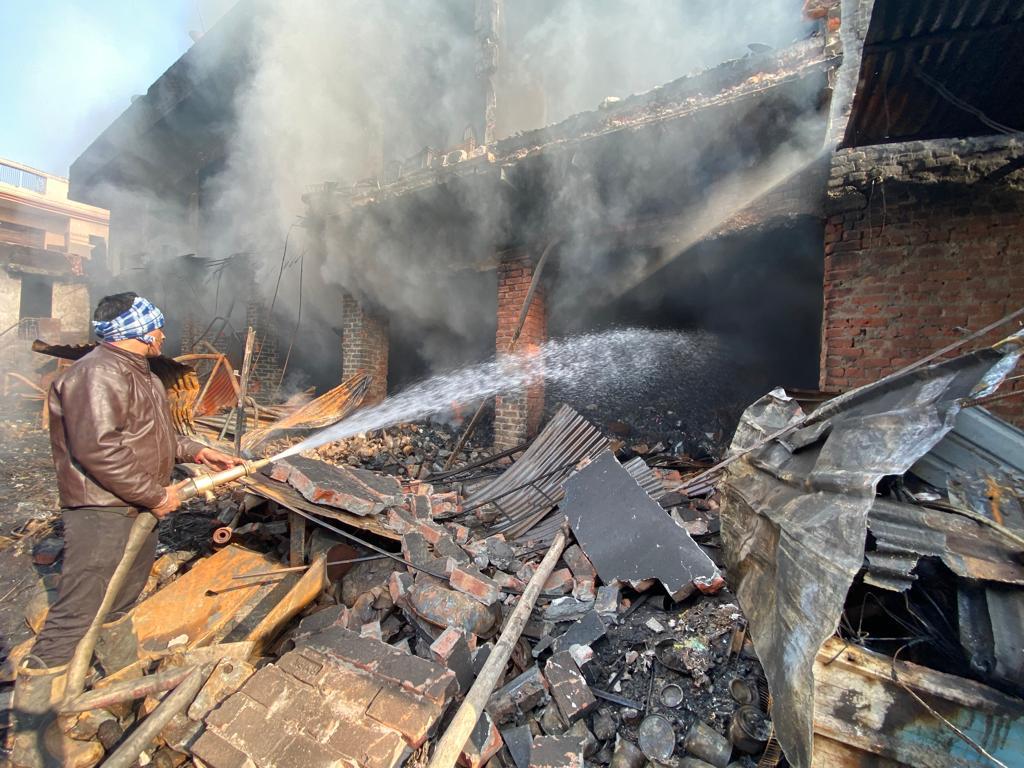 A fireman douses flames at a scrap godown in the City Centre area of Yamunanagar on Thursday. Tribune photo

A man and his three children allegedly died due to burn injuries and suffocation in Yamunanagar today.

The incident took place at about 2 am when a fire broke out in a scrap godown in City Centre. The family was trapped in their rented room above the scrap godown.

The deceased have been identified as Nayamudin (37), his daughter Fiza (12), his sons Chand (8) and Rehan (3). The man was working as a labourer in a plywood factory in Damla village.

The deceased’s wife, Naseema (32), also suffered burn injuries and was admitted at the trauma centre here.

On the complaint of the brother of the deceased, a case was registered against the owner of the godown, Naveen, under Sections 338, 427, 429, 304-A at city police station, Yamunanagar.

The complainant said several families were living on rent in the quarters above the godown.

According to the police, 22 persons lived in eight rooms above the godown. The police, and Haryana Fire and Emergency Services Department managed to rescue 17 persons. —TNS