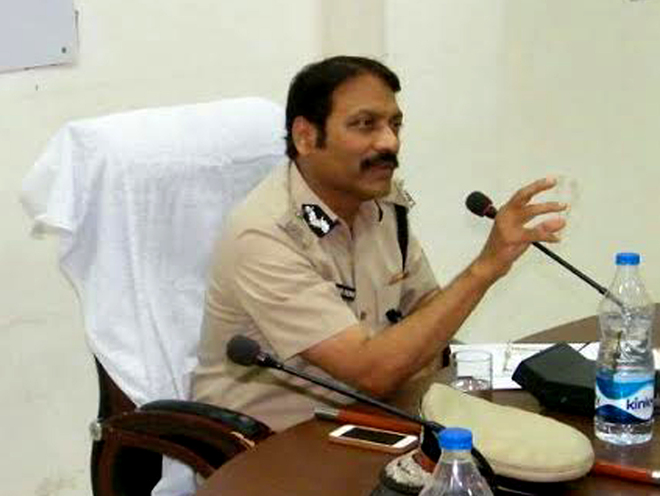 He urged the PM to declare "Tiranga Diwas" (National Flag Day) in his customary address to the nation from the ramparts of the Red Fort on the occasion of the forthcoming Independence Day.

Besides beseeching Modi via a letter, Madhur has also urged parliamentarians across party lines, as well as presiding officers of both Houses of Parliament for the same.

Madhur's pitch was that a separate day should be allotted as National Flag Day, and the same be institutionalised as one among the country's calendar event for national celebration.

In the letter to Modi, Madhur said: "Every Indian has unqualified fervour of affection and respect for the Tiranga, but it is disheartening that there is no special day earmarked for national celebration of ideals and sacrifices of martyrs on the journey to the hard-earned Independence."

In his letters to the dignitaries, including to Vice President of India Venkaiah Naidu, he said that Tiranga is the most pious and respectable symbol of the nation.

All over the world, countries have arranged a special day of paying respect to their National Flags and celebrate the occasion with full fanfare.

"But in our country, inspite of having completed almost 75 years of our Independence from British rule, we have not been able to make provision of National Flag Day," Madhur said.

He lauded Modi for giving a call for the campaign, and for motivating the masses to hoist the flag from their houses in the spirit of celebration of ‘Azadi Ka Amrit Mahtsav’ to mark the 75th year of Independence.

Madhur has been raising the issue in favour of the tri-colour and raising demand for the National Flag Day for the last 18 months through various marches, programmes, awareness campaigns in several states, including at the iconic  Red Forts here under the banners of  "Tiranga Meri Shaan", "Tiranga Samman Yatra" and "Har Ghar Tiranga-Ghar Ghar Tiranga".

Recently, he submitted a memorandum to the President of India, and to the Judges of the Supreme Court, including Chief Justice of India.