Goalie Savita Punia, who stood like a wall, loved listening to hockey commentary on radio as a child : The Tribune India 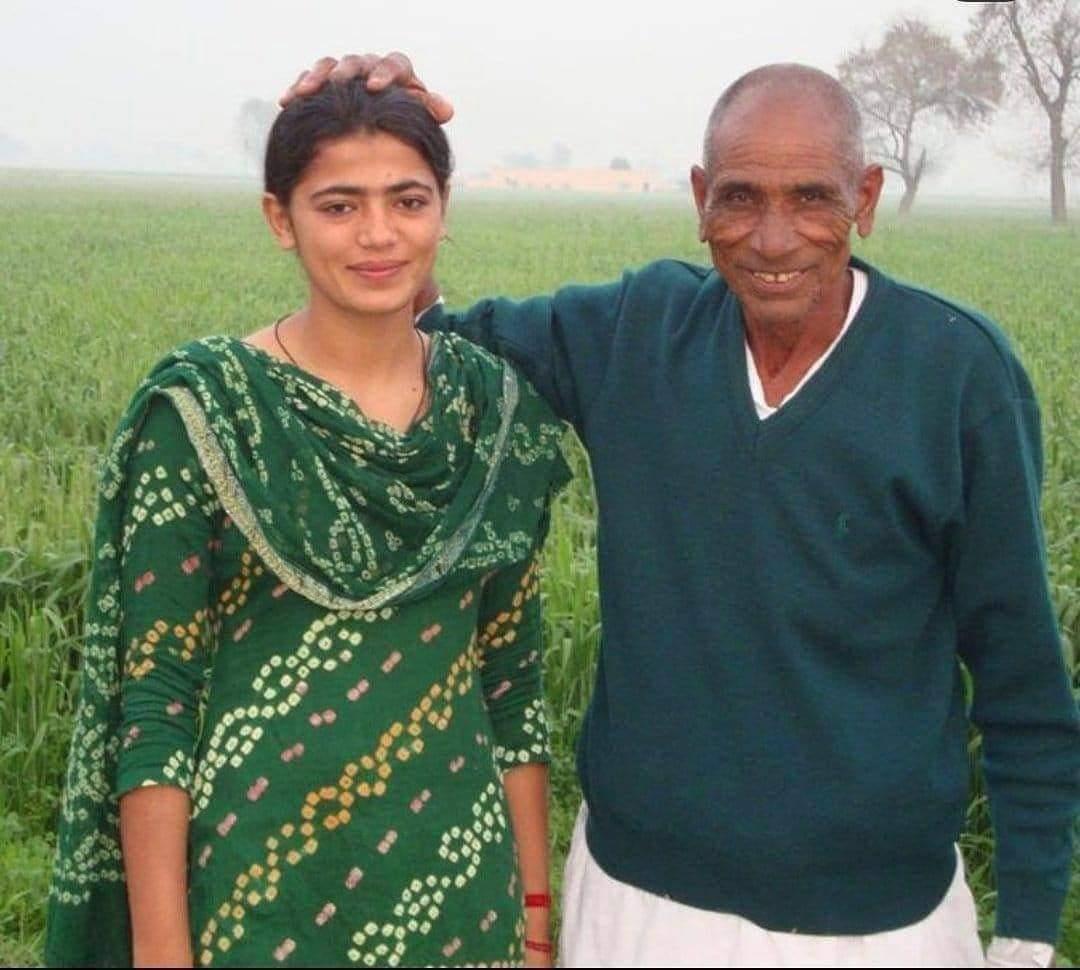 In this file photo, Savita Punia is seen with her late grandfather Ranjit Singh Punia.

For Savita Punia, the Indian women hockey goalkeeper who proved “The Great Wall” today by thwarting every attempt by Australian team to score a goal, listening to running commentary of hockey matches with her grandfather during her childhood was always fascinating.

This “childhood love” for the sport that prompted her to opt for hockey when her family decided to send Savita and her cousin Manju to a newly launched sports nursery in Sirsa in 2003.

“My father Ranjit Singh Punia, though an uneducated farmer, was very progressive in his outlook. He would always exhort his children and grandchildren to concentrate on studies and sports, as he knew that with dwindling landholdings, future was in government jobs alone which can either be won by studies or through achievements in sports,” says Savita’s father Mahender Singh Punia, who works as pharmacist under Haryana health department in Primary Health Centre at Ding near the family’s native village Jodhkan in Sirsa.

Ever since the victory of the team today in which Savita played a key role by saving 9 shots at the goal by the Australian team, Mahender Punia’s phone has not stopped ringing.

Born on July 11, 1990, Savita has an elder brother who works as a Group D employee in Industrial Training Institute, Sirsa, and mother, a homemaker.

Since 2018, Savita Punia has been working as an assistant coach with the SAI in Delhi.

Within a year of her joining the nursery, Savita’s coach Sunder Singh Kharab identified in her the qualities of a goalkeeper looking at her height and agility.

Savita stands 5 feet 7 inches. “The coach called me and said if I was ready to train my daughter as a goalkeeper, he was sure that she would wear Team India jersey one day. I told the coach I don’t know anything about hockey and I will go by whatever he thinks is good for Savita,” remembers her father.

But the next condition posed by the coach – buy her a goalkeeper kit – was too much for Mahender Punia whose monthly salary then in 2004 was Rs 12,000 per month and the kit carried a price tag of Rs 17,000 or more.

However, Savita’s passion for hockey was much bigger for him and he didn’t think twice to buy a new hockey kit from Hisar for his daughter.

“During those times, Savita had to travel in Haryana roadways buses with her kit and a bag of her clothes whenever she had to participate in a tournament in some other district. The conductors would often object to keeping the kit in the bus and would kick it asking Savita why she has not kept it on the roof of the bus. Since she knew the hardships her family faced in buying her kit, she used to feel very bad at the attitude of the roadways staff while narrating this after returning home,” Mahender Punia recalls.

In 2007, Savita joined SAI academy in Hisar and by 2009, she had already played in national team Junior Asia cup where India won a bronze.

In 2013 Asia Cup, Savita Punia was adjudged the best goalkeeper of Asia.

Ever since, she had been one of the most consistent players of the team.

Today, by thwarting repeated attempts by Australia to score a goal against India, she had proved she is among the best goalkeepers of the world.