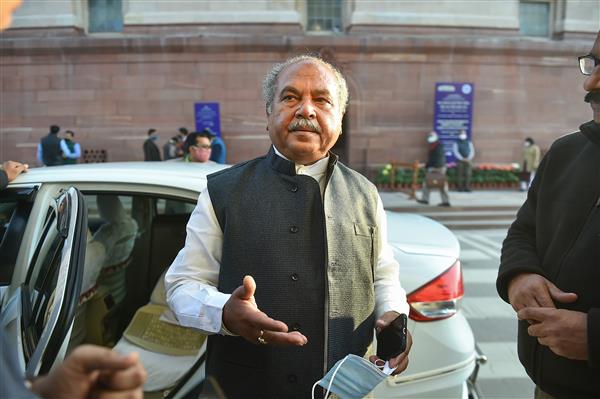 The government is ready to resume talks with protesting farmers if they respond to its offer to put the three contentious farm laws on hold for one-and-a-half years and work out the differences during that time through a joint committee, Agriculture Minister Narendra Singh Tomar said on Wednesday.

Tomar said the government is committed towards the interest of farmers and agriculture. Under the leadership of Prime Minister Narendra Modi, it is making efforts to double farmers’ income and strengthen the Indian agriculture sector, he said at an event to mark the second anniversary of PM-Kisan scheme.

On whether the government is making any effort to resume talks with unions in view of BKU leader Rakesh Tikait’s threat to march to the Parliament on 40 lakh tractors if laws are not repealed, Tomar said the government has been holding discussions with farmers sympathetically.

“Even today, whenever their response comes, the government is always ready to hold talks,” he said.

Meanwhile, riding high on bumper rice and wheat output, India’s foodgrains production in 2020-21 is slated to touch a record 303.34 million tonnes (MT) up from the 297.5 MT produced in 2019-20, according to second advance estimates of crop production.

Announcing the latest production estimates, Tomar said, “The second advance estimates of production of major crops reveal a record production of 303.34 million tonnes of food grains, which clearly outlines the tireless hard work of farmers, research by agricultural scientists, and farmer-friendly policies of the Central government. All-round agricultural reforms will also benefit the country in the long run.”

Estimated production of major crops during 2020-21