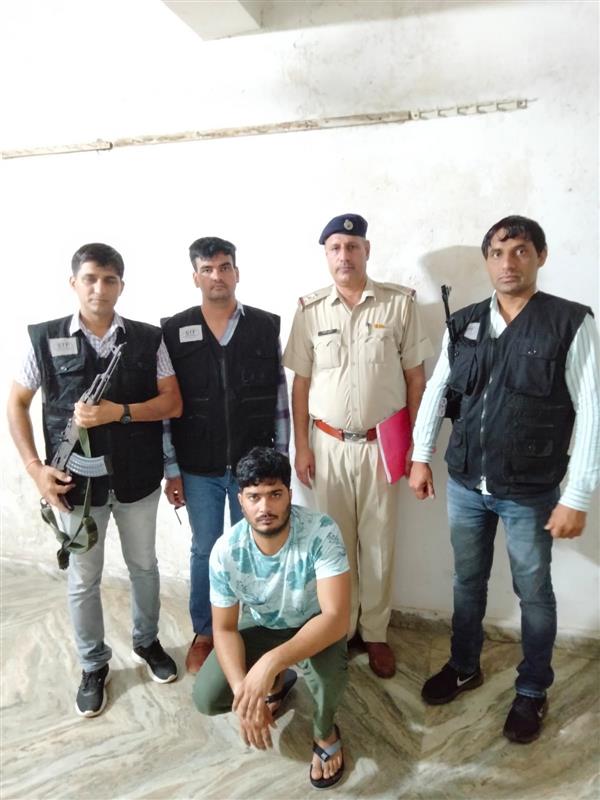 The special task force (STF) have nabbed the main accused in the murder of local BJP leader Sukhbir Khatana alias Sukhi, who was former deputy vice president of Sohna Market Committee. Sukhi was gunned down on September 1 at a showroom, located on Gurudwara Road near Sadar Bazaar in broad daylight.

The arrested accused has been identified as Chaman alias Pawan, a resident of Badshahpur, who is brother-in-law of deceased Sukhbir Khatana. The accused confessed that he killed Sukhbir due to rivalry over love marriage with his sister. The accused will be produced in a city court, said STF.

“In 2008, Sukhbir had a love marriage with my sister Pushpa and after which I developed a rivalry with him. To eliminate Sukhbir, I came in touch with gangster Vikram alias Papla Gujjar 11 and started working for his gang. I hatched a conspiracy to kill Sukhbir along with Papla and other associates and finally gunned down Sikhbir,” said Chaman in his confession before STF.

Jaibir Singh Rathee, SP, STF, Gurugram, said the accused was an active member of the Papla Gujjar gang and involved in nine cases of heinous crimes. “Our team nabbed him from Badshahpur last night. The accused confessed that after conducting recce for two week they finally gunned down Sukhbir alias Sukhi on September 1 after firing about 14 bullets on him. Chaman’s associates were identified as Rahul, Ankul, Deepak and Yogesh alias Silu. Silu has been nabbed already and we are conducting raids to nab other accused, said SP Rathee.

Sukhbir Khatana’s son had accused Chaman and his companions for killing his father. On his complaint, an FIR was registered at the Civil Lines police station.

The local police nabbed one shooter Yogesh alias Silu after four days of murder and later the case was transferred to STF.

“We will take the accused into police remand for questioning. He is being produced in a city court,” added SP Rathi.