Gurugram cops get kudos on social media : The Tribune India 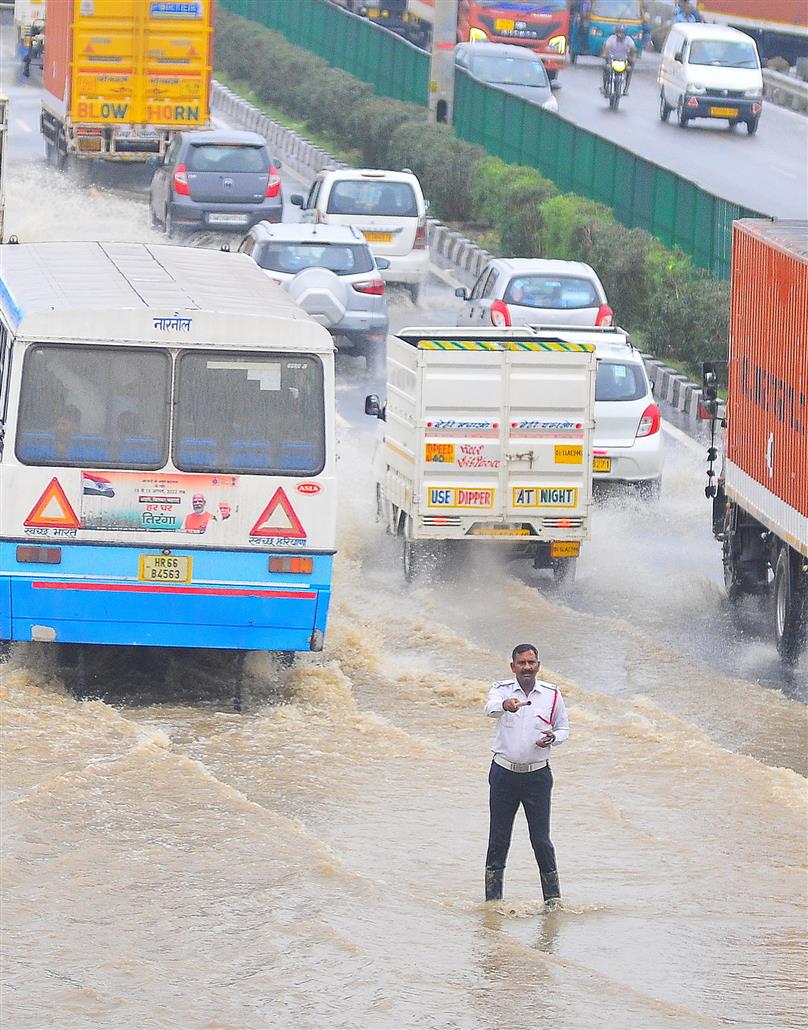 A traffic policeman stands on the waterlogged road to regulate the trafficon the Delhi-Jaipur expressway in Gurugram. S Chandan

The Gurugram cops have received appreciation from residents and commuters as they performed their duty standing in the rain on roads and stretches that were waterlogged. People praised the cops on social media. The police said they were managing the traffic as well and were also helping everyone who were stuck on the road.

While managing the traffic in the rain, the Gurugram traffic police also alerted residents through its twitter handler, “Waterlogging has been reported in different areas. Our traffic officials are on the spot to facilitate the traffic flow. Commuters are requested to plan their travel accordingly”.

More than 2,000 traffic police personnel were deployed across the city. They are standing in the rain, some with raincoats, umbrellas and some in the open sky. They were seen not only managing the traffic but also helping the people who were stuck on waterlogged roads.

Today, in the Narsinghpur stretch, the police were busy removing an overturned truck. People appreciated the cops for their service.

Virender Singh Sangwan, dcp, traffic said,“Our cops are working day and night in eight-hour shifts. Some of them have not even gone home,but are present on duty. I was also on the roads till midnight. Our cops are putting in all efforts.”

Salute to the Gurugram police, who are doing the work which should be done by the MCG. — Rajesh Yaduvanshi