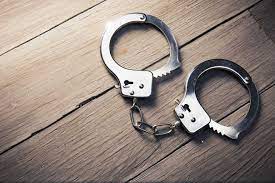 The Nuh police have lodged an FIR against the Salaheri resident Irshad Pradhan for allegedly hurting religious sentiments of people through a video that had gone viral.

Tension was reported in the Mewat area after the video showed him declaring a reward of Rs 2 crore for slashing ex-BJP leader Nupur Sharma’s tongue.

“We have identified the accused and booked him. Police teams are conducting raids to nab him. Action will be taken as per the law. The social media cell too has been pressed into action to ensure that no such instigating content is supported or circulated in the district,” said Superintendent of Police Nuh Varun Singla.

“We appeal to people not spread such videos and communal content,” added Varun Singla.