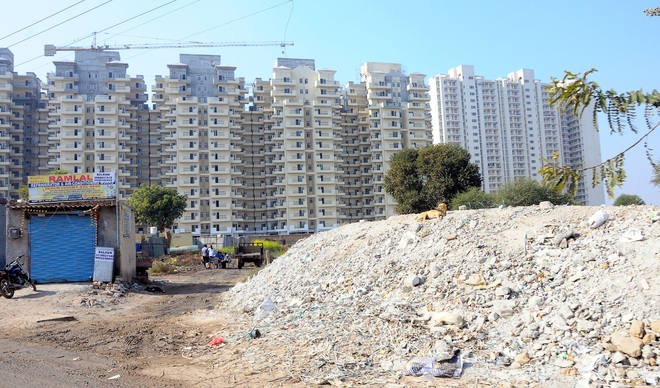 A petition was filed in 2019 in the National Green Tribunal (NGT), alleging that construction was carried without environmental clearance and permission from the National Board of Wildlife.

The State Environment Impact Assessment Authority (SEIAA), Haryana, has imposed a compensation of Rs 7.07 crore on M/s GP Realtors Pvt Ltd in Gurugram for damage to environment in connection with the company’s project coming up on 1.79 lakh sq m (44.329 acres) in the special economic zone (SEZ) in Behrampur, Balola and Bandhwari villages in Gurugram.

A petition was filed in 2019 in the National Green Tribunal (NGT), alleging that construction was carried without environmental clearance and permission from the National Board of Wildlife. 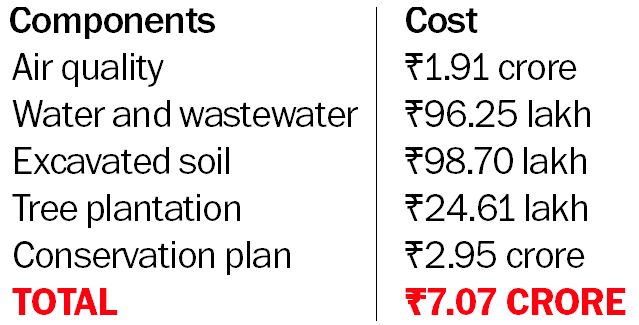 On February 6, 2020, the NGT had observed that the project proponents continued construction since 2016, before obtaining prior environmental clearance based on modified plans, which was granted in 2018.

The committee visited the SEZ site in Gurugram on February 23. Later, inspector Wildlife Sultanpur National Park, Gurugram, Rajesh Kumar, joined as a representative of the Chief Wildlife Warden and inspected the site on March 17 and March 21.

During the assessment, it was found that the construction had led to increased dust quantity and particulate matter (PM) pollution load in environment.

The committee found that the natural drainage pattern had been obstructed due to development, which had led to the accumulation of rainwater near the project site; leading to various health issues and reduced groundwater recharge. From the wildlife department, it was pointed out that “the erosion of soil along the building due to natural watercourse shows the building is constructed in this watercourse that might have been a feeding channel for Ghata Jheel in the rainy season”.

The use of freshwater during construction has impacted the availability of potable water in surrounding areas. The unused excavated soil has led to the improper dumping of soil in the nearby areas. Trees have not been planted which might have been used as barricading to stop the dust emission from the complex to surrounding areas. Instead of 2,242 trees, only 200 were planted and out of these, only five survived.

“The trucks which have been used for carrying raw materials and discarding waste material, have led to increased traffic volume on the road network,” said the committee. It was concluded that as this project was located within 10 km of Asola Wildlife Sanctuary, hence the permission of the standing committee of the National Board of Wildlife was to be obtained.

It was pointed out that the site was a habitat of peafowl, jackals, grey partridges, bee-eaters, spotted owlets and four to five species of butterflies. Some inactive burrows and den that might have been used by monitor lizards and hyena or jackal were also observed. The next hearing in the NGT is April 7.