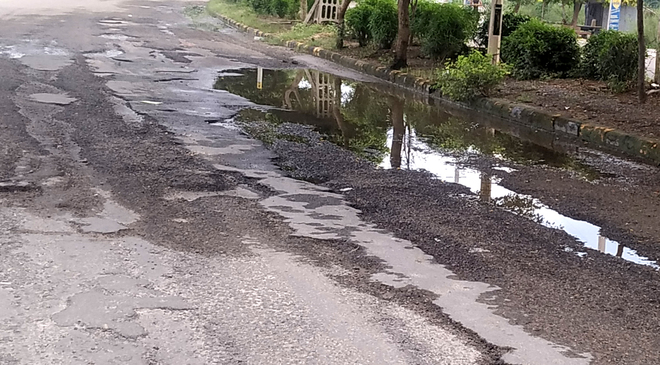 The Hali Lake road in the city is in pathetic condition due to which commuters are inconvenienced in their day to day life. The road is badly damaged for the past several months. The Municipal Corporation had started the renovation of Hali Lake three years ago, but the work was halted for a long time. After laying the sewerage pipes, the main road has developed potholes and gets waterlogged whenever it rains. Several people have met with an accident and have got injured. The district administration should resolve this issue at the earliest.

Historical baoli in a shambles

The historical Baoli near old hospital Kaithal building, constructed by Bhai rulers of Kaithal state during their rule (1767-1843) and declared a protected monument by the Archeology Department few years ago is in a shambles due to negligence of the department concerned which did nothing after installing a notice board at the site. However, in the absence of any renovation work by the Archeology Department the heritage site is engulfed by wild grass. Steps should be taken by the department to save this historical heritage.

Potholes a cause of road mishaps

Potholes at various points on the road from the new bus stand to Rajiv Gandhi Sports Stadium in HSVP Sector 6 have become a cause of road mishaps. A large number of people of various age groups come daily to the stadium from different places but sometimes, they fail to notice the potholes on the road resulting in mishap. Recently, a motorbike skidded leaving the rider and riding pillion injured. The authorities should get the potholes filled without further delay.