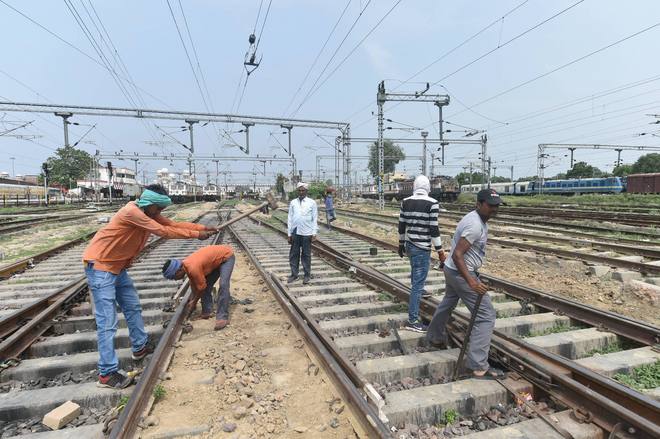 The Haryana Government has given its approval for the Karnal-Yamunanagar rail line project, fulfilling a long-pending demand of people of the region for a direct and fast rail connectivity between the two important cities.

Project to be implemented in 4 years

An official spokesperson said the rail line would strengthen the original transport infrastructure by providing a fast, safe, economical, comfortable and reliable mobility option to people of Haryana.

The government approved the detailed project report (DPR) on July 20 after incorporating all suggestions made by the Ministry of Railways to the draft report submitted earlier in September 2019.

Haryana Rail Infrastructure Development Corporation (HRIDC), a joint venture between the Ministry of Railways and Government of Haryana, finalised the DPR at an estimated cost of Rs 883.78 crore. The project shall be implemented in a period of about four years.

The spokesperson said the rail line would take off from the existing Karnal railway station on the Delhi-Ambala railway line and would connect at the existing Jagadhri-workshop railway station on the Ambala-Saharanpur Railway line. The new line will act as a feeder route for the eastern DFC, having an inter-change point with the Railways at Kalanaur station (adjoining Yamunanagar) by providing direct connectivity to Karnal, Panipat and other parts of central Haryana. The existing rail route from Karnal to Yamunanagar, via Ambala Cantt, has a route length of 121 km. The comparative road distance between Karnal and Yamunanagar is 67 km.

The proposed railway line, with a route length of 64.6 km, will, thus, provide the shortest link between these two cities and shall greatly reduce the travel time for passengers and freight traffic. The official spokesperson said the major benefits from the project would include direct and faster connectivity between Karnal and Yamunanagar, faster transportation of passengers as the travel distance would get reduced by 50 km and speedier access to market for agricultural produce, plywood and timber, industrial products, metal industry, fertiliser etc from rural regions like Indri, Ladwa and Radaur.