Industry in the state is downcast over the new Bill reserving 75 per cent jobs for locals passed by the state Assembly on Thursday, as industrial organisations think the new law, when enacted, will prove counterproductive by hampering growth.

The Haryana State Employment of Local Candidates Bill, 2020, provides 75 per cent quota to local people in private jobs that offer a salary less than Rs 50,000 a month. This applies to private companies, societies, trusts and partnership firms, among others, located in the state.

‘Won’t be able to execute orders in time’

When we get big orders, we have to immediately employ additional skilled workers for a short period. But if we have to go through this cumbersome exercise we will not be able to execute orders in time. — Rakesh Chhabra, president, Rai Industry Association, Sonepat

“Normally, during job fests organised by employment departments or the ITIs, we hardly get 25 per cent applicants. In a Rozgar mela held last year, we placed a demand of 111 helpers on behalf of our association, but we got only two applicants. We are worried that if we don’t get workers when we need, the industry will not be able to perform,” said Rakesh Chhabra, president of Rai Industry Association in Sonepat.

Chhabra said: “When we get big orders, we have to immediately employ additional skilled workers for short period of 3-6 months. But if we have to go through this cumbersome exercise of first applying online for workers and then seeking exemption if local workers are not available, we will not be able to execute orders in time.”

He said not only the industrialists would suffer, but the government would be at a loss, as the OEMs (original equipment manufacturers) who give orders to MSMEs in Haryana would require them to have an additional unit outside the state so that their orders were executed in time.

Animesh Saxena, president of Gurugram Udyog Vihar Industrial Association, said the state government’s concern for jobs to its youth is understandable, but rather than adopting a shortcut of enforcing 75 per cent jobs to local youths through a law, it should see why they were not skilled enough to get these jobs on merit.

“The government could have done better by studying what kind of skill is required to get jobs in Gurugram, Faridabad, Sonepat and other industrial townships and provide those skills to its youth,” Saxena added.

He said under the present circumstances, the industry would have no other option but to apply for exemption, which was provided under the law if they failed to get suitable local people.

“In fact, if the government fails to provide the necessary skills to its youth, the very purpose of passing this law will be defeated as the industry will seek exemption and employ youth from other states,” he added.

Deputy Chief Minister Dushyant Chautala, who holds the portfolios of Industry and Commerce as well as Labour and Employment, however, said the historic Bill would provide more employment opportunities to the youth. “For this, the state government is also providing skill training to the youth,” he added.

Besides, discussions have been held with educationists to link academics with the requirement of the industries.

“In discussions held with representatives of big companies during the Haryana Enterprise Promotion Policy meeting in Gurugram, the companies shared their suggestions with the government regarding linking industries with educational institutions in and around rural areas. In addition, international companies such as Oyo and Make My Trip have expressed interest in tying up with ITI,” he added. 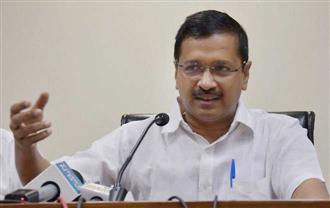