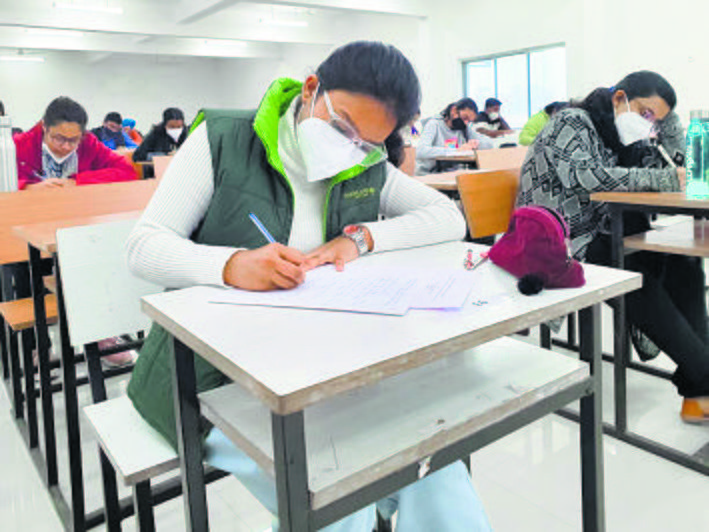 In a twist to the row over board exams of Class VIII, the state government has withdrawn the powers of the Board of School Education Haryana (BSEH) to conduct Class V and VIII board examination.

Row over class VIII boards ‘in all schools’

It also notified the State Council of Education Research Training (SCERT), Gurugram, as the academic authority and that the regular exams would be held in accordance with the amendments made to Section 16 of the Right of Children to Free and Compulsory Education Act, 2009. State Advocate General has stated this before the High Court in reply to separate petitions filed by private schools affiliated to the Central Board of School Education (CBSE).

The schools had challenged the state’s move to conduct board exams of Class VIII in all institutions, including the ones affiliated to the CBSE and other boards, through the BSEH.

SS Gusain, president, Haryana Progressive School Conference, said, “Mandating Class VIII exams by the BSEH for all schools would have meant dual affiliation. All CBSE schools possess no objection certificate issued by the state that allows them to affiliate with any board. There was no logic behind the move.”

Anil Kaushik, president, Progressive Private Schools Association, said the BSEH was no more the authority to hold exams, but the state had issued another notification on January 18 with an aim to conducting board exams of Class VIII in all schools.

“As per the notification, the state will be able to conduct regular exams for Classes V and VIII or authorise any other agency having expertise in conducting such exams at the end of every academic year in government and recognised private schools,” he added.

Kaushik said they would now challenge this notification as all schools affiliated to the CBSE were against the conduct of exams by the state. Ved Prakash Yadav, vice chairman, BSEH, said the board would follow the directives of the state government.