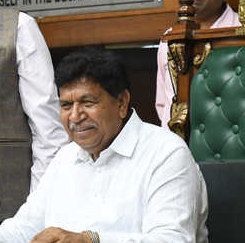 Legislative Assembly Speaker Gian Chand Gupta on Tuesday said he could react to the impact of the stay on Congress leader Pardeep Chaudhary’s conviction by the Himachal Pradesh High Court only after getting the copy of the order.

Chaudhary was convicted in a rioting case by a Baddi court in January this year where he was sentenced to three-year imprisonment. As a result, he was unseated from the Kalka seat of the Haryana Assembly under the Representation of People Act. As per Section 8(3) of the Representation of People Act, a person convicted of any offence and sentenced to imprisonment for not less than two years shall be disqualified from the date of such conviction and shall continue to be disqualified for a further period of six years since his release.

But on Monday, the High Court stayed the conviction order against him.

When asked whether Chaudhary’s membership would be restored, Gupta replied, “I have also come to know about the stay on the conviction through newspapers. We have to study

the order. Only then we can comment about the impact of the HC order.”

Meanwhile, Pardeep Chaudhary could not be contacted for comments. 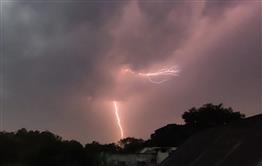