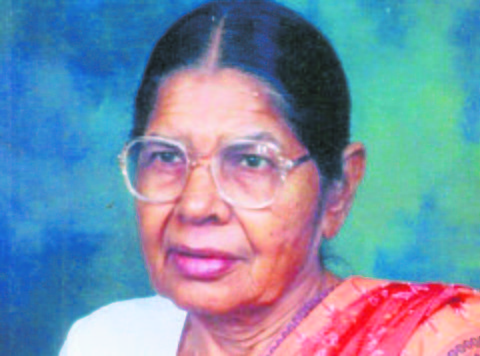 Former Lieutenant Governor of Puducherry Chandrawati, who stormed the Haryana’s political scene when she defeated then Defence Minister Bansi Lal on his home turf Bhiwani in the 1977 General Election in the shadow of the Emergency, passed away at the Rohtak’s PGIMS in on Sunday morning.

Chandrawati, a native of Bhiwani’s Dalawas village, has a number of firsts to her credit. She was the state’s first woman to become a Member of Parliament (1977), the first woman minister in Haryana (1964-66) and the first woman Leader of Opposition (1982-85). She was also the first enrolled advocate from the state.

Later, Chandrawati joined politics. She became an MLA from Badhra in 1954 in undivided Punjab. In 1982, she was again elected from the segment on the Lok Dal ticket.

In the 1968 and 1972 Assembly elections, she won from Loharu on the Congress ticket.

Chandrawati left the Congress after she was sacked from the Cabinet by then Chief Minister Bansi Lal in 1974. Subsequently, she joined the anti-Congress forces (Lok Dal, Janata Party and later Janata Dal).

Kanwar Pal Joon, a relative and close aide of Chandrawati, recalled that Indira Gandhi used to like her very much and called her Chandro.

“Chandrawati told me once that Indira Gandhi had asked her to join back the Congress and assured her the CM post. But Chandrawati opted to stay with the Janata Party,” he said.

Chandigarh: CM Manohar Lal Khattar and Leader of Opposition Bhupinder Singh Hooda have expressed condolences to the family of former Lt Governor of Puducherry Chandrawati on her demise. TNS