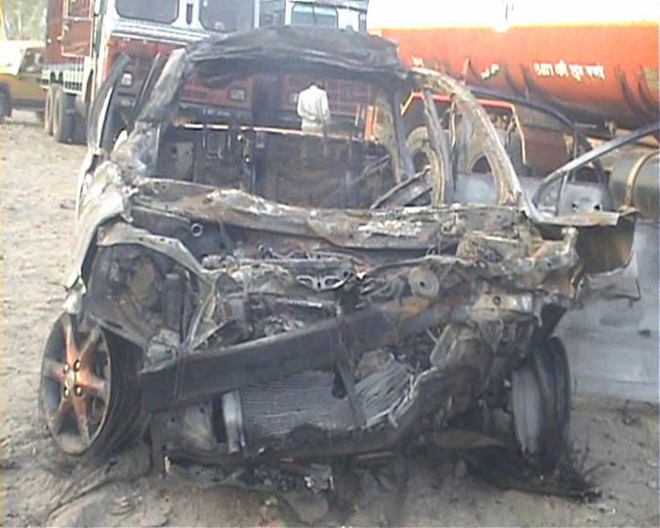 More than seven years after five members of a family, including two women, died in an accident near Karnal, the Punjab and Haryana High Court has enhanced the compensation 14 times in case of one of the victims from about Rs 11 lakh to approximately Rs 1.64 crore. Estimates suggested the total compensation after enhancement would come out to be approximately Rs 3 crore.

The accident occurred on June 17, 2012. The victims, Pawan Saini, Bimla, Anita, Parmod Saini and Aditya, were travelling in a car when the accident took place with a truck on National Highway 1. Parmod’s minor daughter was injured in the mishap.

The High Court was moved by the victims’ relatives, including the minor girl, through counsel Anurag Jain against the award by the Motor Accident Claims Tribunal at Rohtak. Taking up the matter nearly five years after it was filed, Justice Rekha Mittal of the High Court observed that the tribunal assessed Pawan’s monthly income as Rs 8,366 on the basis of salary slip issued by M/s Jindal Steel and Power Limited.

Jain prayed that income should be assessed on the basis of the latest income tax return for 2011-12. He added that the victim’s monthly income was liable to be assessed as approximately Rs 1 lakh after taking into consideration the documents produced by the employer’s representative.

Taking up the matter, Justice Mittal asserted that the proceedings before the tribunal were summary in nature and strict principles of law of evidence were not applied. Justice Mittal noted that the insurance company did not examine a witness of M/s Jindal Steel and Power Limited.

“Taking a cumulative, reasonable and sympathetic view of the matter, in my considered opinion, monthly income of the deceased can be assessed at Rs 85,000 and is ordered accordingly. The claimants shall be entitled to addition in income for future prospects at the rate of 50 per cent,” Justice Mittal added.