High-level bridge on Yamuna in Samalkha fails to meet deadline 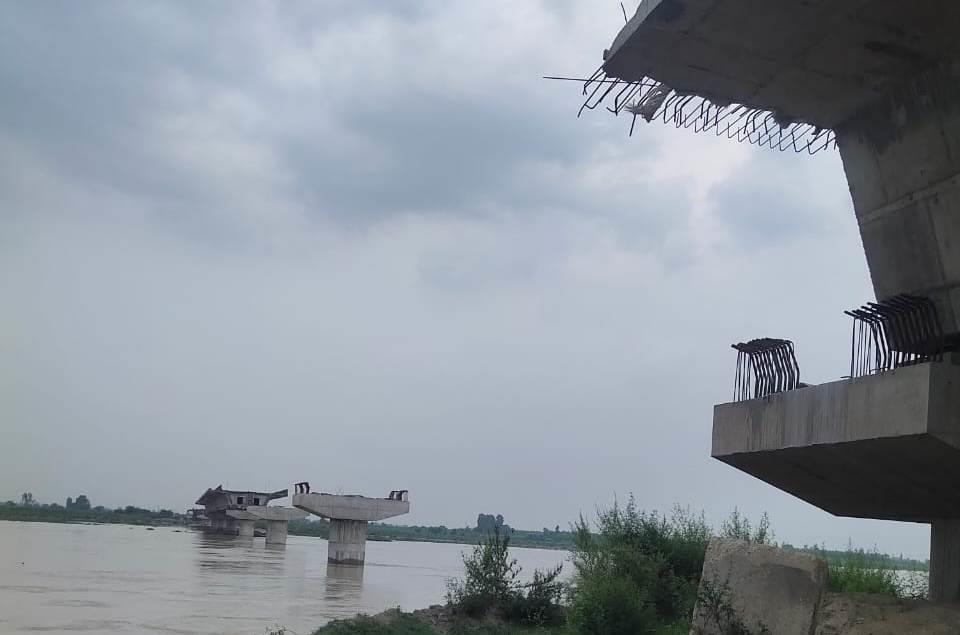 The slow pace of work on the high-level bridge over the Yamuna in the Samalkha area of Panipat.

The high-level bridge on the Yamuna river, to improve connectivity, between Haryana and Uttar Pradesh in the Samalkha area, has not been completed even after six years of laying of the foundation stone. The deadline for the project was November 2020.

Chief Minister Manohar Lal Khattar along with Narender Tomar, Union Minister for Rural Development, laid the foundation stone of the high-level bridge on December 23, 2016. The event took place during the first regime of the BJP-led state government.

The bridge was to be constructed on the Yamuna at the cost of Rs 126 crore to improve connectivity between the two states and this project would facilitate the residents of over 70 villages on both sides of the Yamuna. The PWD B&R Department, nodal agency for construction work, had allotted the work to Jandu Construction Company and the company had started the work in November 2018 and the deadline was fixed for November 2020.

Ramesh Kumar Hooda, project manager of the construction company, said there were several reasons behind the slow pace of work. Around 62 per cent work of the bridge had been completed so far, he claimed.

Due to the Yamuna flowing full, the work has been halted several times for months, unavailability of raw material and inflation in rates of steel and other raw materials are the major reasons behind the delay in work, he said.

We have sought time till December 2022 to complete the bridge work, Hooda said.

The slow pace of work on the high-level bridge is enough to raise questions, said Dalbeer Singh, former sarpanch of Bilaspur village. The contractor company has sought time several times from the department and it is doubtful whether the contractor company would be able to complete the work in the next one year, he added.

Jatin Khurana, Executive Engineer, PWD, B&R, said almost 70 per cent of the construction work has been completed. The work has been halted due to the rainy season, he said.

Besides, there were some problems in the construction of roads on the side of Uttar Pradesh, he added. The road on the Haryana side is almost complete, he added.

Time has been extended till December 2022 on the contractor’s request, the XEn maintained.