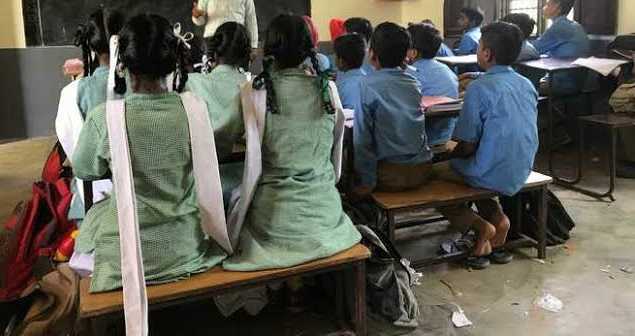 The principal of a private school here was arrested on Wednesday after faces of six Class 4 students, including two girls, were allegedly blackened and they were paraded in its premises for securing less marks in a test, police said.

A spokesman of the police department said that the principal was arrested in connection with a case registered against her and three teachers under the Juvenile Justice (Care and Protection of Children) Act and SC and ST (Prevention of Atrocities) Act.

The case was registered on a complaint lodged by the parents of a 9-year-old Dalit girls, he added.

The incident had taken place on Friday and the girl had informed her parents about it.

Her parents told reporters on Tuesday that the family members went to the school to complain about the treatment meted out to the children, but the authorities failed to take action against the staff responsible.

On Monday, the girl’s family was joined by some other parents and they held a protest outside the old vegetable market police post here, demanding that the police take immediate action in the matter.

Members of some Dalit outfits also reached there after receiving information about the incident.

On Tuesday, Education Minister Kanwar Pal, when asked by reporters to comment on the incident, said that in Chandigarh that such things would not be tolerated.

“Whatever action is required to be taken in the matter is being taken and a FIR has already been registered,” the minister had said.

Home Minister Anil Vij, while strongly condemning the incident, said necessary action had been initiated in the matter. — PTI