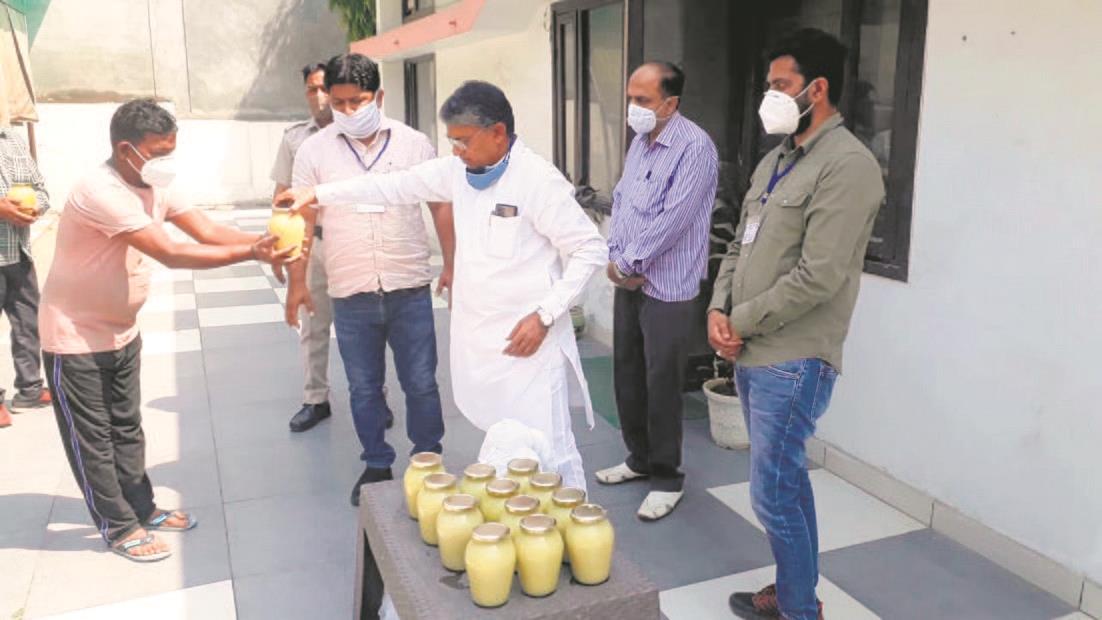 Yamunanagar: Yamunanagar-Jagadhri Municipal Corporation Mayor Madan Chauhan distributed ‘desi ghee’ among 12 members of sanitation staff associated in performing last rites of Covid-deceased persons. Chauhan said he had bought 60-kg ‘desi ghee’ and distributed 5-kg of it to the staff. He said 12 members of the sanitation staff were helping in cremation of bodies of Covid deceased by putting their own lives at risk; therefore they had been given ‘desi ghee’ with a purpose to increase their immunity.

Hisar: Amid the lockdown, when children are unable to move out of the houses, the Self Defence Society has started an online training course for imparting self-defence techniques to girls. Rohtash Singh, who runs the society, said they had started the online course for girls to make them strong enough to deal with any physical assault. He said girls can join the course online which is free of cost and utilise their time during the lockdown.