In Gurugram, e-autos to replace 2k diesel ones 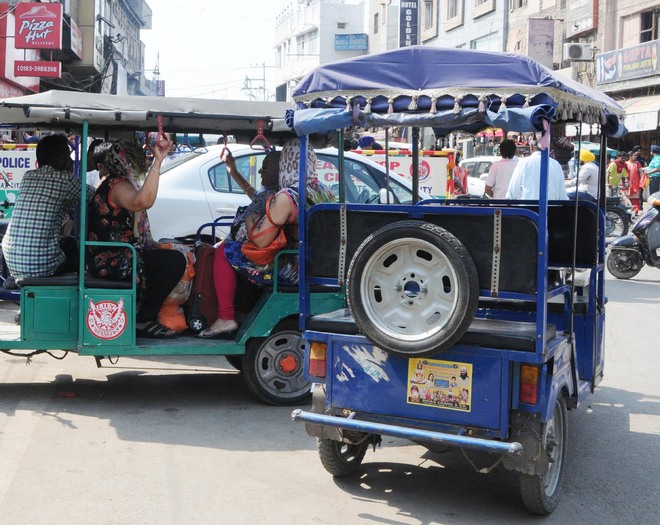 The Gurugram MC will give two e-autos to an owner against each diesel auto submitted for scrap. - File photo

In a major move to deal with vehicular pollution, the Gurugram Municipal Corporation is all set to replace 2,000 diesel autos with e-autos.

Ranking highest in the NCR in terms of vehicular density and pollution, the city is chasing the pollution-free dream and is switching its public transport to battery-operated mode.

The authorities have, meanwhile, worked out an economically viable rehabilitation plan for the auto-drivers who are being told to submit their autos to scrap.

“The plan is inspired by the CM’s last budget note, which highlighted environment-friendly development. We are going a step ahead from the conventional practice of switching diesel autos with the CNG autos. The old autos will be turned into scrap to ensure that these are not used illegally in other districts,” said MC Commissioner Vinay Pratap Singh.

“In return for each diesel auto submitted for scrap, we will give two e-autos to the owner which will help him generate income. The owners of e-autos will be granted registration certificates within 72 hours,” he added.