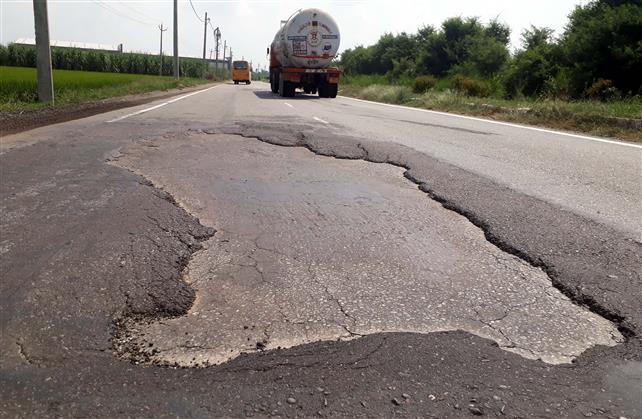 The Karnal-Indri State Highway, which was inaugurated 10 months ago, has started to erode, leaving loose gravel along the stretch. Commuters claimed that the Rs 36-crore project was “poorly executed” as the road surface was uneven at several places, posing a threat of mishaps.

A resident of Indri, Sardar Jaswinder Singh, said, “The construction quality is so substandard that the surface started wearing away after the first monsoon, following its inauguration. The authorities concerned were lackadaisical while carrying out inspections.”

He added that the top layer of the road could be removed with bare hands. This shows the negligence of the authorities while monitoring the project, he said.

Former Minister Bhim Sain Mehta said the road was in a pitiable condition just a few months after it was opened to the public. “The uneven surface of the road has led to several accidents on the road. There should be an inquiry. The contractor should be directed to construct it under the defect liability period. He should be penalised as well.”

Karnal Deputy Commissioner Anish Yadav said the PWD officials had been instructed to get the road repaired by the contractor under the defect liability period, which was for three years.

The XEN had asked the contractor to repair the road at the earliest.