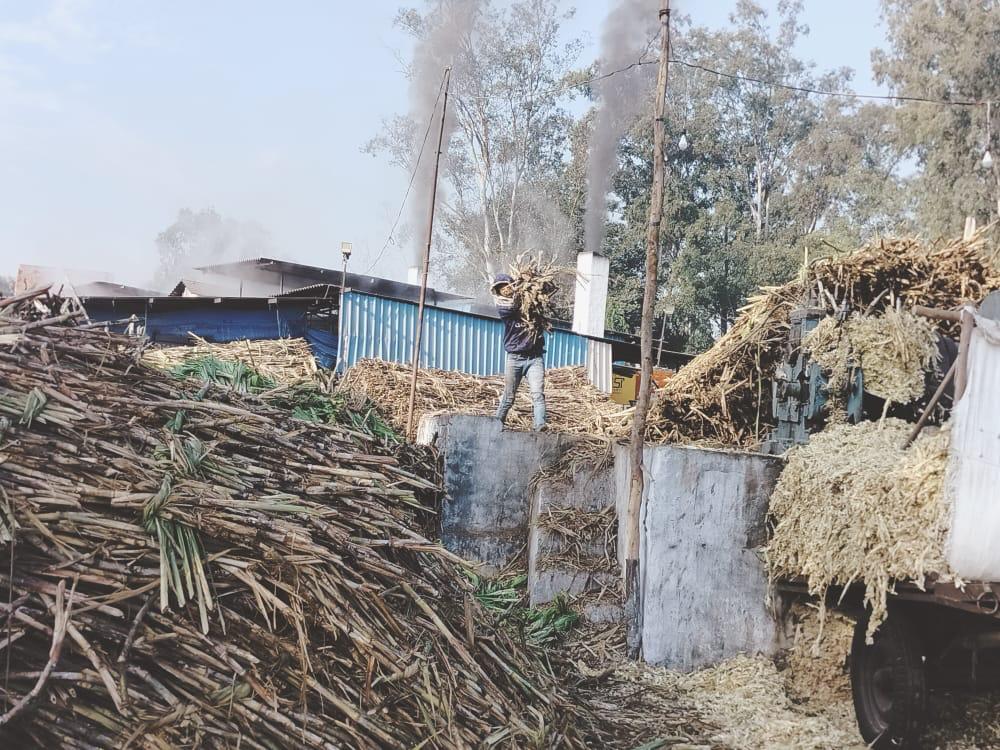 Taking advantage of the halting of crushing operation at Saraswati Sugar Mill (SSM), operators of jaggery-making units (popularly known as ‘kolhus’) have reduced the price of sugarcane here, affecting a section of farmers.

As per available information, jaggery-making units bought sugarcane from farmers at Rs 300 to Rs 305 per quintal today.

Earlier, jaggery-making units had procured sugarcane at Rs 330 per quintal on January 19, 2023, a day ahead of the start of the farmers’ indefinite strike on January 20 for a hike in state advisory price of sugarcane to Rs 450 per quintal from the existing Rs 362 per quintal.

Meanwhile, the indefinite strike of farmers entered the sixth day on Wednesday.

“Saraswati Sugar Mill has been non-functional for some days due to strike of the sugarcane producers. The rates of sugarcane have come down as farmers, who have an agreement with the mill for supplying sugarcane, have started selling cane to jaggery-making units due to halting of crushing operation at the mill,” said Anil Kumar, a farmer of Marwa village.

He, however, said before stopping of the sugar mill’s operation most farmers, who did not have a sugarcane supply agreement with the mill, sold cane to jaggery-making units.

According to information, the agreement of supplying sugarcane to sugar mills does not suit most small farmers as they get inadequate indents after long intervals. In this process, it takes long time for them to harvest even a single acre crop of sugarcane.

The area under the sugarcane crop is 97,000 acres that falls in the jurisdiction of the SSM in the current crushing season. There is a possibility that the sugarcane yield from this area could go up to 2.5 crore quintals.