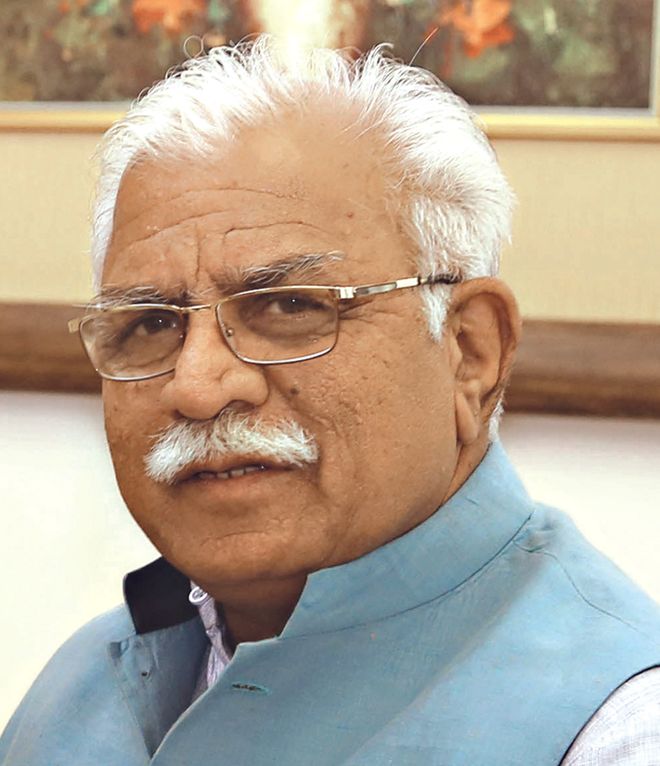 Hundreds of farmers on Wednesday staged a protest to oppose the participation of Chief Minister Manohar Lal Khattar at the state-level ‘Valmiki Prakatotsav’ to be organised on Baroda Road at Gohana in Sonepat.

Though the CM’s arrival was cancelled and the administration informed the farmers about it, they continued protesting till the evening.

The Bhagwan Valmiki Trikaldarshi Society had invited the CM to the state-level event, but the farmers’ organisations were opposing his participation for the past many days.

To avert any law and order situation, the administration deployed the police in the city and also laid nakas at various places. Besides, a helipad was also set-up at the Tau Devi Lal stadium here.

ASP Nikita Khattar and SDM Ashish Vashisth held a meeting with the farmer leaders and asked them to maintain peace but they did not pay heed to them and were adamant on opposing the CM’s participation.

Besides, scores of farmers in tractor-trailers reached at the stadium gate in the morning and staged a dharna on the road there. — TNS

Protest goes on till evening

Though the CM’s arrival at state-level ‘Valmiki Prakatotsav’ was cancelled and the administration informed the farmers about it, they continued protesting till the evening.