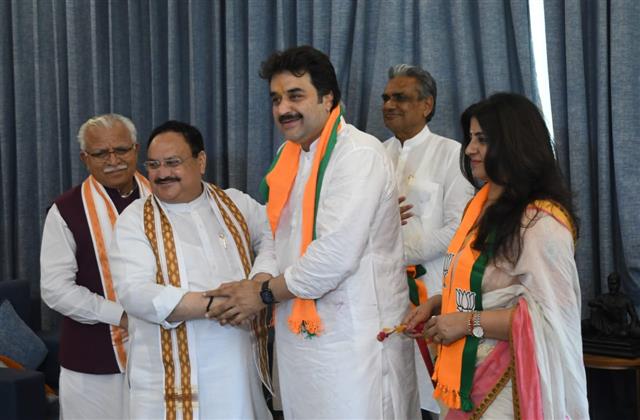 Former Congress leader from Haryana Kuldeep Bishnoi on Thursday joined the BJP at the party headquarters in New Delhi.

He did this in the presence of Chief Minister Manohar Lal Khattar, Union minister Gajendra Singh Shekhawat and state party president Om Prakash Dhankar, seeking only “mann samman” from the party.

Bishnoi said he had no demands or expectations from the BJP and expected only “maan samman”, especially for his supporters, from the leadership.

Dhankar, while addressing the gathering, said Bishnoi would receive due respect.

Khattar pointed out how Bishnoi had helped the party in the recent Rajya Sabha election.

The next day, he was expelled from all party positions.

Bishnoi resigned from the Assembly on Wednesday.

Bishnoi had rebelled against the Congress after he was not considered for the post of party chief in Haryana.

For the BJP he brings to the table support from the Bishnoi community, which has a sizeable presence in Haryana and Rajasthan.