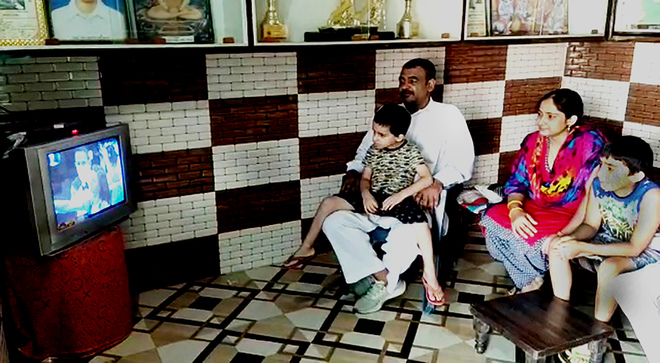 Though wrestler Deepak Punia (22) missed the opportunity to make it to the final of the 86-kg category at the Olympics, he has won a million hearts by emerging victorious in two bouts in a row on Wednesday morning.

Deepak’s family and people of his native Chhara village are hopeful that he would clinch the bronze.

“It is Deepak’s maiden Olympics appearance, but he has played marvelously. Unfortunately, he lost in the semis but I am confident that he will not return empty-handed,” said Deepak’s father Subhash Punia, a milkman and farmer by profession. He said Deepak talked to him last evening and promised to perform well.

Deepak was just six when he won his first open dangal at a annual fair in his village in 2006. “This made us realise that he has the ability to become an international grappler as he trounced the opponents who were not only older to him, but were more bulky. He won the cash prize of the dangal,” recollects Subhash.

Subhash said he wanted to become a wrestler, but couldn’t realise the dream because of his humble background. “My love for wrestling remained in my heart forever, hence I started pushing Deepak towards the ring when he was just four,” he added.