Man gets RI for 'raping' minor in Nuh : The Tribune India

Man gets RI for 'raping' minor in Nuh 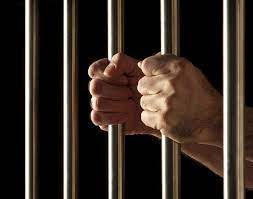 A fast-track court in Nuh sentenced a 24-year-old man to 20 years’ of rigorous imprisonment (RI) and imposed a fine of Rs 12,000 on him for raping a minor. If the convict failed to pay the fine, his imprisonment would be increased for eight more months.

According to the police, Tarif Hussain was booked in August 2019 at a Nuh police station. He had lured the minor to his house on the pretext of giving her radish and committed the crime.

An FIR was lodged under Section 506 (criminal intimidation) of the IPC and under the POCSO Act against him.