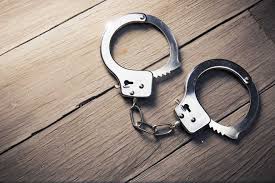 The police have booked 12 farmers for allegedly obstructing mining work of a firm in the district’s Jathlana area.

On the complaint of Kanwaljeet Singh Batra, a case was registered against Karhera village farmers under Sections 120B, 147, 149, 341 and 506 of the IPC at the Jathlana police station on Saturday.

The complainant said his firm M/S Kanwaljeet Singh Batra had taken a contract of the sand quarry of B-13 block (Model Town, Karhera) from the Haryana Government for seven years and started the mining work on April 24, 2018.

He said his firm had taken the land on lease from farmers and the gram panchayat of Model Town, Karhera village. He said his firm made the payment to the owners of the said land through cheques in advance every year. “However, some farmers are now putting undue pressure on his firm to increase the payment of the land contract illegally,” alleged Kanwaljeet, in his police complaint.

He alleged that those farmers were wrongly instigating others and obstructing the mining work. “When our earth-moving machines operate, these farmers scuffle with our staff and threaten them with dire consequences,” he added.