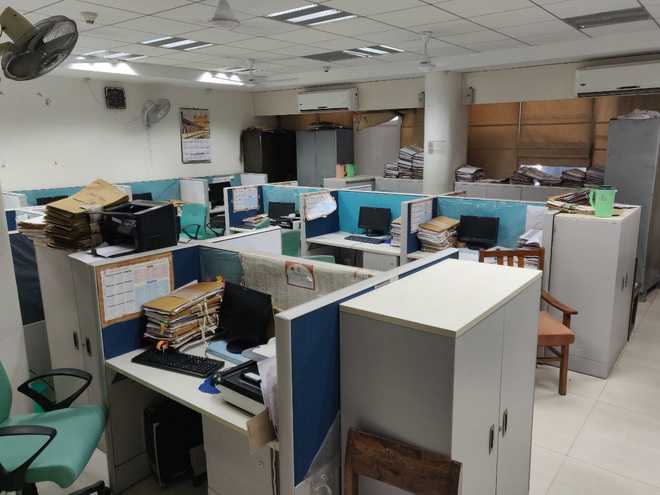 The “pro-employee” image of the BJP-JJP government seems to have gone for a toss with at least 2,400 regular staff of the state government bracing for “lacklustre” Diwali in the absence of non-payment of their salaries for the past nearly four months.

Taking a strong exception to the non-release of the salaries, the Sarv Karamchari Sangh (SKS) has sent an SOS to Chief Minister Manohar Lal Khattar to intervene in the matter so that the employees and their families were not forced to observe “black Diwali”.

“We have apprised Khattar through a tweet to intervene in the matter to get the salaries released before Diwali so that employees and their families could also celebrate Diwali. It is ironical that while the state government is providing Diwali advance (repayable loan) to government employees, the salaries of the employees are yet to be released, for nearly four months,” he asserted.

Sources said that a financial crunch on account of COVID-19 pandemic was primarily responsible for the non-payment of the salaries.

The sources said the Haryana Government was yet to reimburse bills relating to boarding and lodging of the medical and paramedical staff engaged in the COVID-19 duty in the hotels run by Haryana Tourism pushing the department into financial crisis.

“Besides, fiscal crisis induced by coronavirus is the primary reason for the delay in the payment of the salaries,” a senior officer reasoned.

Since March 2020, Haryana Tourism hotels are being for used accommodating “Corona warriors.”