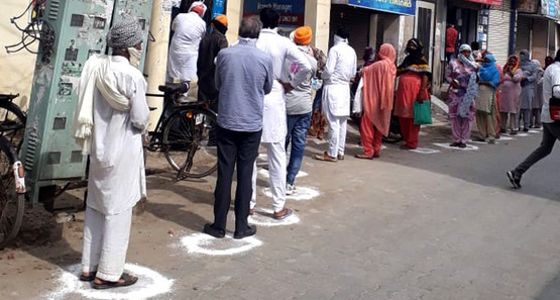 The Urban Local Bodies Department has issued directions for imposing penalties and fines for violation of social distancing norms in market areas within the municipal limits.

An official spokesman said DCs would constitute a committee at the district level consisting of members from the labour, revenue and disaster management and other departments for the purpose of monitoring the implementation of guidelines for maintaining social distancing during the opening of market areas in the extended period of lockdown up to May 17.

He said that action could also be initiated under the provisions of Disaster Management Act, 2005 as well as under Section 188 of Indian Penal Code, 1860 against the violators as per the severity of violation on a case-to-case basis.