Over 2K street vendors likely to be denied licence 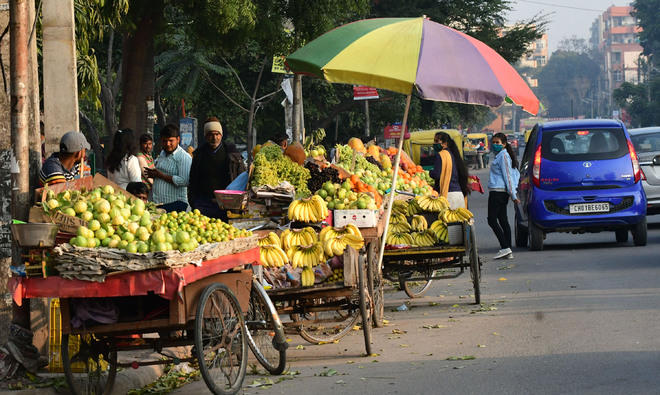 The Rohtak Municipal Corporation has recommended the cancellation of registration of 2,775 street vendors for failing to submit documents such as Aadhaar card and bank account details etc, mandatory for obtaining licence under the Haryana Street Vendor Policy.

Rohtak Municipal Corporation has recommended cancellation of registration of 2,775 street vendors for failing to submit mandatory documents for obtaining licence under the Haryana Street Vendor Policy.

A total 3,755 street vendors had got them registered for the licence in the past two years and they were asked to submit the documents, but merely 980 of them submitted the same with the civic body.

The authorities later contacted the remaining 2,775 street vendors and requested them to submit their documents but they failed to do so.

“Many vendors had got registered the names of their family members and relatives with an intention to avail the benefit of the government scheme which ensures space to every vendor in the city and provides loan facility to the vendors,” said sources.

Zonal Taxation Officer (ZTO) Jagdish Chander told The Tribune that registration of 2,775 would be cancelled soon and thereafter; none of them would be able to obtain the licence. However, they had started the registration for the licence again.

“A loan of Rs 10,000 is given to street vendors registered with the corporation hence, 861 such vendors have so far availed the facility,” said the ZTO, adding that permanent licence would be issued to all 980 vendors as soon as the government approved the vending zones.

He said the corporation had earmarked 10 vending zones in Rohtak city and sent a proposal to the state government for its approval so that vendors could be given a space there. These zones have been established at the old bus stand, Bapu Park, market of Sector 1, 2 and 3, new bus stand, Gohana Adda, Shivaji Colony, Delhi Bypass and Old ITI, he added.

“A town vending committee has also been constituted under the chairmanship of Commissioner for effective implementation of the policy. The committee comprises an officer each from various departments such as police, fire, bank, Red Cross and representatives of street vendors,” the ZTO said.