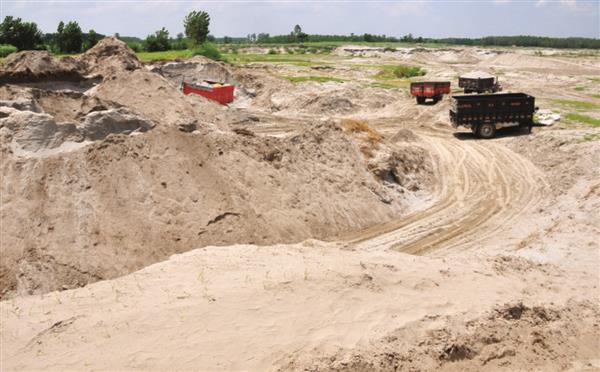 Overloaded vehicles coming from other states are adversely affecting the mining business causing huge loss to the stone crusher industry, mining contractors and transporters of Haryana.

The Stone Crusher Association, Yamunanagar, has demanded that the state government stop the entry of overloaded vehicles coming from Himachal Pradesh, Punjab and Rajasthan in Haryana to save the business of sand, stone, stone dust, core-sand and bajri in the state.

Rampal Kamboj, president of the Stone Crusher Association, said, “The state government is not allowing plying of overloaded vehicles in the state. Therefore, the stone crusher owners of Haryana are under-load building construction material, including sand, stone, stone dust, core-sand and bajri in trucks from their stone crushers and screening plants.”

However, he said overloaded trucks were coming from Himachal Pradesh, Punjab and Rajasthan in Haryana causing huge financial loss to the Haryana stone crusher industry, mining contractors and transporters.

“We (stone crusher industry, mining contractors and transporters) are facing huge financial losses as the rates of our material sand, stone, stone dust, core sand and bajri are higher due to underloading. However, the owners of the vehicles coming from other states in Haryana are selling their building construction material at lower rates due to overloading,” alleged Rampal Kamboj.

He alleged that this was happening due to connivance of officers and officials of some departments. He said they also wrote a letter to Chief Minister Manohar Lal Khatter in this connection in the last week of November.