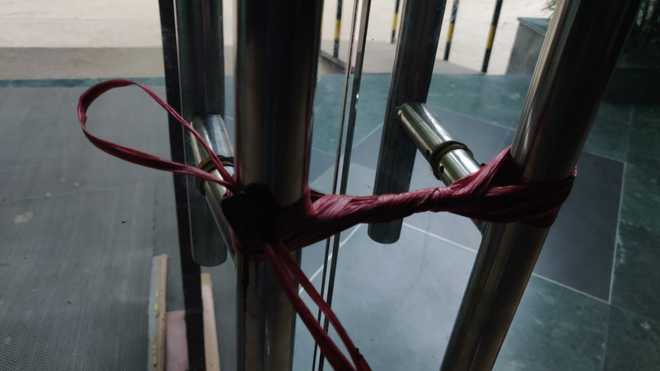 The sealed main gate of the Sahara Mall in Gurugram.

Taking a stern stance over the alleged consistent violation of sewage treatment and discharge bylaws, the Haryana State Pollution Control Board (HSPCB) has sealed the Sahara Mall in Gurugram.

According to the HSPCB, the mall was served the first show-cause notice regarding the violations in 2018 and was fined Rs 2.5 lakh. However, even after almost two years, the mall authorities have failed to rectify the operations and have been polluting environment by toxic sewage discharge. Now, the mall authorities will not only be fined again, but they will be paying the environmental damage compensation and a case is also being filed against them. “We will not spare any polluters. The mall authorities have been ignoring our notices, warnings and have led to massive groundwater pollution. In addition to our stipulated punishments, we will be moving the court. The mall is sealed for now,” said Kuldeep Singh, HSPCB officer, Gurugram.