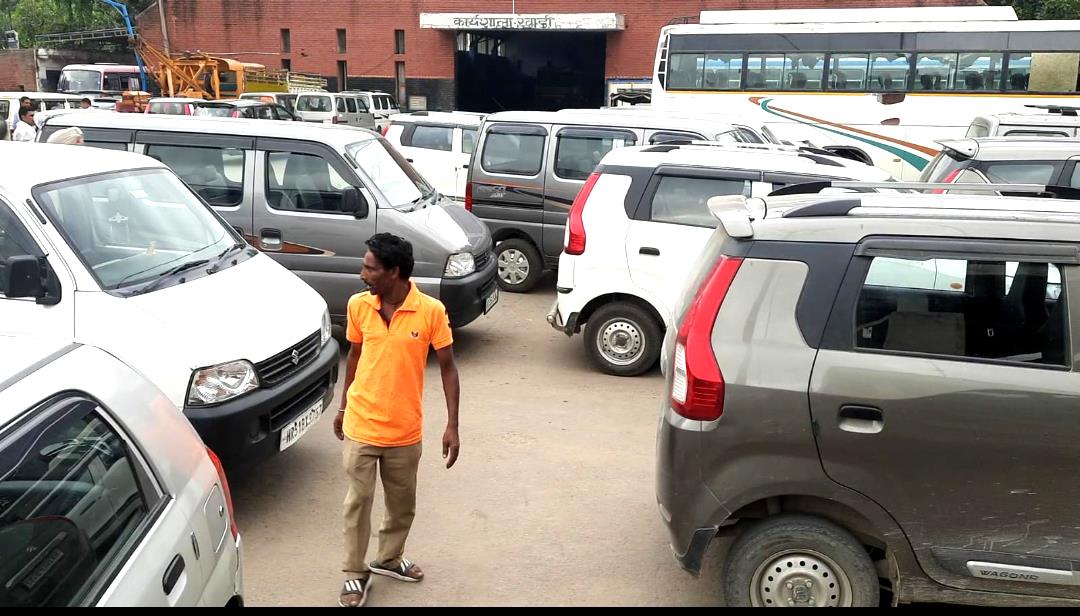 Personal vehicles challaned for commercial use in Rewari. Tribune photo

In violation of the Motor Vehicles Act, many people are using their personal vehicles for commercial purposes such as ferrying passengers and causing revenue loss to the state exchequer. This practice is rampant in Rohtak, Jhajjar, Rewari, Sonepat, Panipat and other districts of the state.

Notably, some government employees were also found indulging in this practice during a crackdown in Rewari district. They took passengers to various places in their vehicles while going to their workplaces in Delhi. They charged fares equivalent to those charged in Haryana Roadways buses, said sources.

A large number of people from Rohtak, Jhajjar and Rewari districts go to Gurugram, Delhi and other nearby areas daily for work. They prefer to travel in such vehicles instead of buses owing to the comfort, said the sources. Many passengers also pay on a monthly basis for this mode of transport.

“Personal vehicles are also being used to take passengers from Rohtak to Chandigarh. In Panipat, people use personal vehicles for inter-state travelling. Many people go to the border area of Uttar Pradesh from Panipat daily. Similarly, in Sonepat, a large number of people travel to Delhi daily,” said the sources.

Vijay Kumar, a daily passenger from Rohtak, said people could be seen with vehicles on the Delhi bypass in Rohtak city in the morning, inviting passengers to travel to Bahadurgarh and Delhi at fares similar to those of the Haryana Roadways.

Nitish, another passenger, said many private vehicles were being used to ferry locals (employed in industrial units) to Manesar and Gurugram daily. Many teachers use such vehicles, he added.

Dwarika Parsad, Motor Vehicle Officer (MVO), Rewari, told ‘The Tribune’, “An employee of the Delhi Police in uniform was found taking four passengers in his car when he was intercepted by our team at the bus stand in Rewari this morning. A fine of Rs 11,000 was imposed on him. Similarly, another man who claimed to be an employee of the Ministry of Home Affairs was also found ferrying passengers in his vehicle.”

He maintained that more than 60 such vehicles had been challaned in Rewari city in the past two days, while acting on the complaint of the local roadways authorities.

“As per the Motor Vehicles Act, a permit for five years is required for vehicles for commercial purposes. Such vehicles are bound to pay Rs 2,350 as permit fee for five years, Rs 1,000 for authorised (renewal) fee annually and Rs 430 as road tax quarterly,” said Parsad.

Layak Ram, Motor Vehicle Officer, Rohtak, could not be contacted despite repeated attempts.