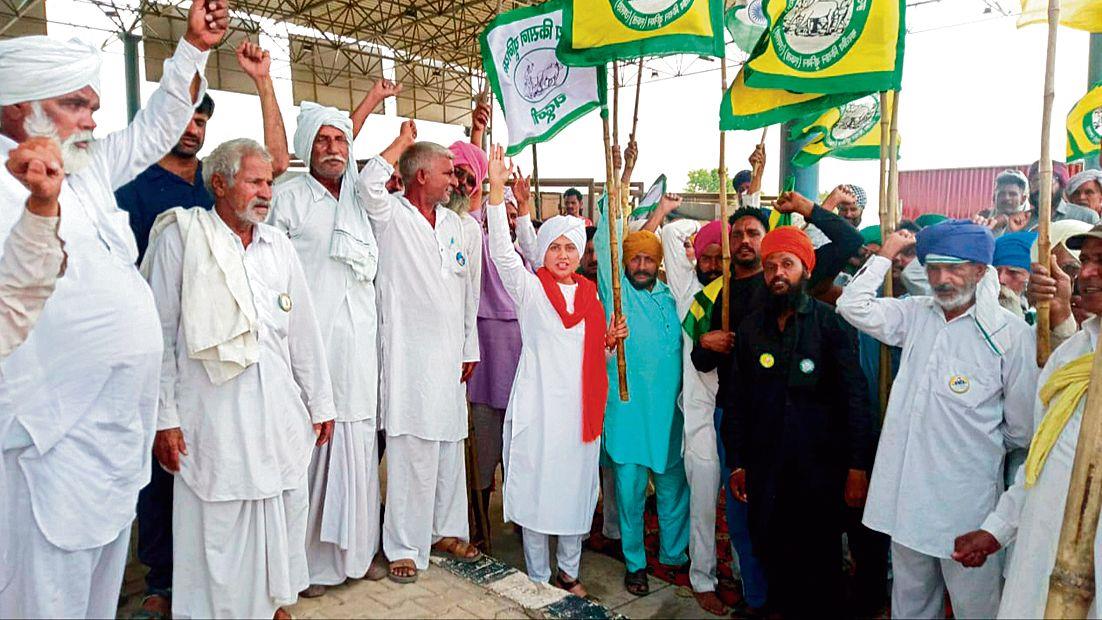 The administration’s move to reactivate the toll booth on the Kundli-Manesar-Palwal (KMP) expressway near Aasoda village failed within 24 hours as protesting farmers created a ruckus on Wednesday, forcing toll officials to stop charging tax from commuters. This was for the third time in four months that farmers shut the KMP Expressway toll plaza.

The protesting farmers lifted the toll barriers, giving a free passage to the commuters. They also staged a dharna at the plaza and raised anti-government slogans. Bahadurgarh SDM Hitendra Sharma, present on the spot along with a heavy police force, said the farmers were requested not to take law into their hands by closing the toll plaza but they did not pay heed.

The toll plaza was restarted on Tuesday in the presence of the SDM and the police to prevent any untoward incident. The farmers did not come yesterday as they had got together at Tikri border for the Baisakhi fair, said sources.

BKU leader Gurnam Singh Chaduni had appealed this morning to farmers to reach the Aasoda toll plaza to ensure its closure in a peaceful manner. Suman Hooda, a farmer leader, said they would not leave the toll plaza till the administrative officers and police forces remained at the spot.

Meanwhile, the All India Kisan Sabha (AIKS) condemned the toll companies for restarting the collection. “These are provocations to disrupt the stir when harvesting is at its peak,” the AIKS said.