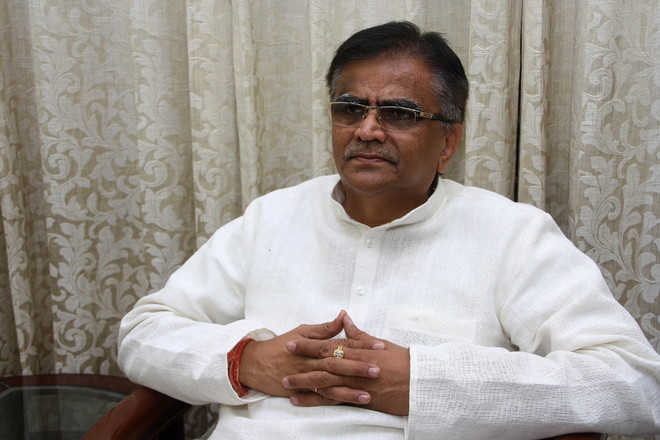 “Haryana has been struggling to get the SYL water for more than four decades. Punjab should provide its younger brother with its legitimate share without delay,” he said while addressing the workers.

Haryana has been struggling to get the SYL waters for more than four decades. Punjab should provide its younger brother with its legitimate share without delay.

He further said, “Many parts of the state have turned into dark zones due to scarcity of groundwater. Every farmer is demanding state’s legitimate share of SYL waters.”

Sharma appealed to protesting farmers to fight for SYL waters ending their stir at the Delhi borders.

In a parallel event, scores of farmers took out a protest march against the fast of BJP workers and leaders. The farmers claimed that the BJP was playing divisive politics to divide the farmers of Haryana and Punjab on the SYL issue.

Kurukshetra: Kurukshetra MP Nayab Singh Saini, Thanesar MLA Subhash Sudha along with other leaders and party workers sat on a dharna at Mini Secretariat and observed a symbolic fast in support of the state’s share in SYL canal water, in Kurukshetra on Saturday. Meanwhile, a group of farmers also reached there and raised slogans against the BJP leaders.