Says disciplinary action deserved to be initiated against the officer 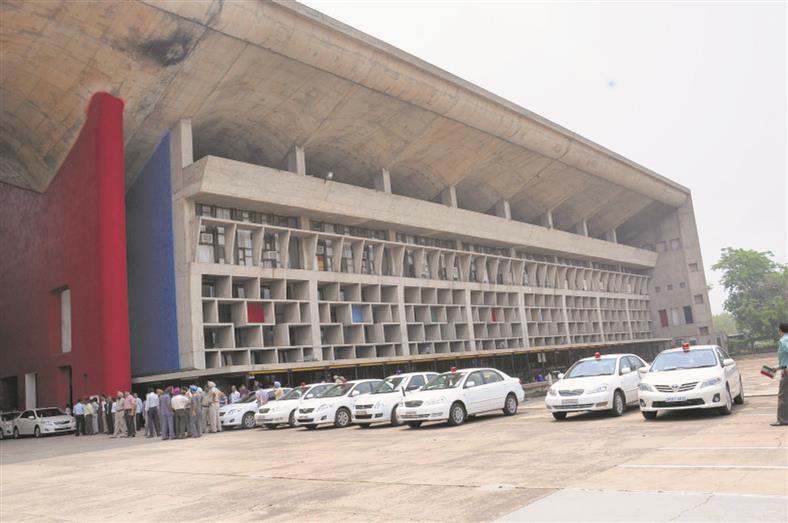 The Punjab and Haryana High Court has rapped a judicial officer for “grave misconduct” after ruling that he extended the concession of regular bail to an accused in a drugs case by deliberately ignoring the material on record and violating the sound judicial principles. - File photo

The Punjab and Haryana High Court has rapped a judicial officer for “grave misconduct” after ruling that he extended the concession of regular bail to an accused in a drugs case by deliberately ignoring the material on record and violating the sound judicial principles.

This court is of the opinion that the order dated November 1 has been passed by the Additional Sessions Judge, Bhiwani, in an arbitrary manner by twisting the facts to extend the benefit of regular bail. Justice Manoj Bajaj, Punjab & Haryana HC

Justice Manoj Bajaj asserted the order, prima facie, was passed for extraneous considerations and disciplinary action deserved to be initiated against the officer. He also directed the forwarding of the order’s copy to the High Court Registrar General for placing it before the Chief Justice for “further orders on the administrative side”.

The matter was brought to the High Court’s notice after one Ajay Kumar, alias Kala, filed a petition against the state of Haryana for grant of regular bail in an FIR registered on February 25 under the provisions of the NDPS Act, the Arms Act and for attempt to murder under Section 307 of the IPC at the Sadar Bhiwani police station.

During the pendency of the petition, order dated November 1 passed by the Bhiwani Additional Sessions Judge granting bail to co-accused Pardeep, was placed on record by the petitioner to set up an additional ground of parity for bail.

It was not disputed by the petitioner and state counsel that Pardeep was indeed arrested on the spot after completion of formalities. The court suo motu issued a show-cause notice to Pardeep for cancellation of his bail.

Justice Bajaj added strangely the FSL report was filed on June 3 before the trial court. But the presiding officer did not refer to it at all and extended the bail with the observation that the report was yet to be filed. Justice Bajaj also allowed the prayer for withdrawal of petition by the counsel appearing for petitioner Ajay Kumar.