WHAT OUR READERS’ SAY 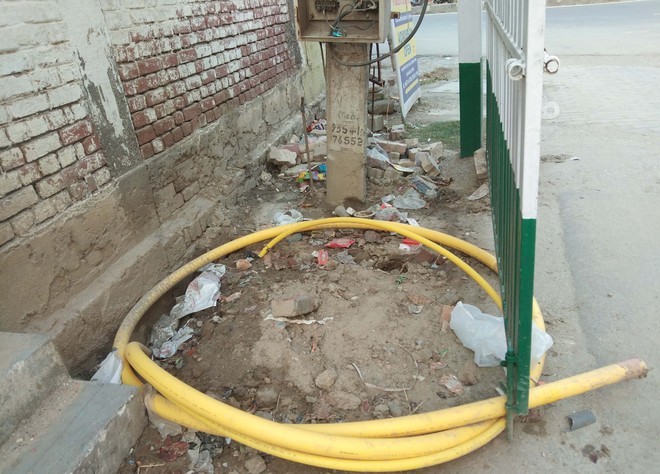 Kaithal: The digging of roads in various localities in Kaithal Town to lay gas pipeline by a private company has become a major irritant for residents due to the careless attitude of the company staff. During the digging operation, the water supply pipelines had been damaged adversely affecting its regular supply. The underground telephone cables have also been cut at certain places.The administration should take note and act against gas company. Satish Seth, Kaithal 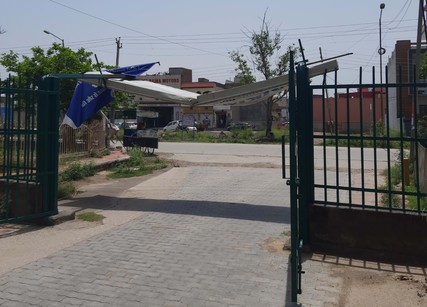 Ambala: The said photo has been clicked at the site of gate No.6 of the HSVP, Sector 9. The supporting spikes on the said gate came down during a storm, which occurred two days ago, posing serious threat. Any further storm can cause physical harm to anybody. No official of the HSVP or the Municipal Corporation has visited the site to take stock of the situation. Gian P Kansal Ambala City

Hisar: The Hisar Nagar Nigam has been sincere in its efforts of making the city free of stray animals. So far, the nagar nigam has conducted four drives to capture these. Unfortunately, the efforts have been impeded by cow dairy owners who let their cattle roam around freely in localities and roads of the town. When these are captured by the nigam staff, the owners get them freed after paying easy fine. The provision of hefty fine must be made, then only the problem can be mitigated to a large extent.. Baljeet Singh Deep, Hisar

Panchkula: The domestic power bills currently issued by the UHBVN comprise of several charges (a) fuel surcharge adjustment, (b) meter service charges, (c) electricity duty and (d) municipal tax, apart from the usual slab-based electricity consumption charges. However, one fails to see any rationale behind imposition of all such 'superfluous' charges. Are residents not currently paying the property tax to the municipal authorities? So where is the case for additionally charging the municipal tax in respect of the power consumption here? Incidentally, the Chandigarh Administration has already done away with levying of fuel surcharge adjustment. Let Panchkula administration come to the rescue of its hapless residents who are being made to pay such flimsy charges under their nose. Kumar Gupt, Panchkula