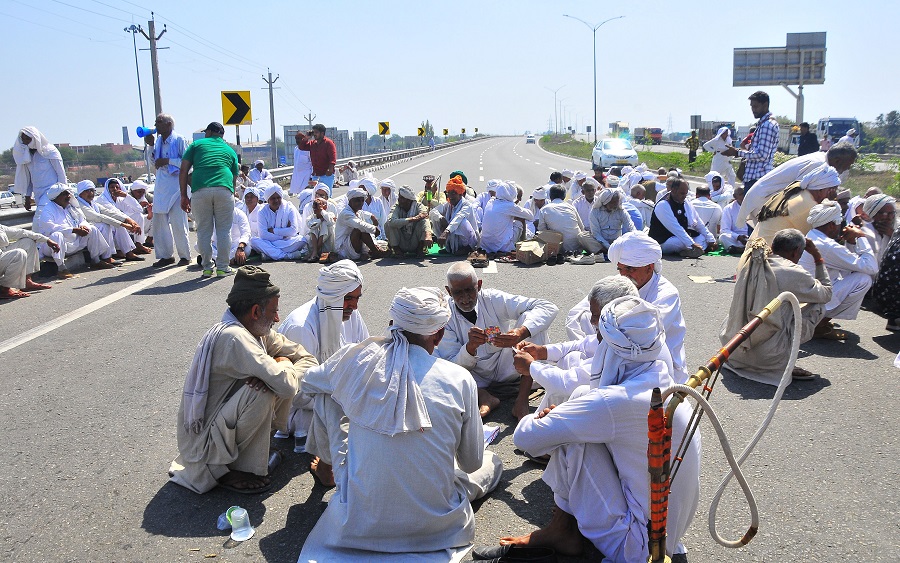 The Samyukt Kisan Morcha (SKM) today launched a public contact campaign in villages to mobilise support for the 24-hour blockade of the KMP expressway on April 10.

“To ensure a massive turnout, the SKM is focusing on villages located near the KMP expressway. Hence, teams have been formed to reach out to people in these villages,” said Inderjit Singh, vice-president, All India Kisan Sabha.

He further said duties were assigned to farm leaders during a meeting held at the Tikri border. “We will make phone calls and use social media to reach out.”

Sumit Dalal, another farmer leader, said FCI's role had been truncated systematically to facilitate the corporate sector in the grain trade. — TNS