SC upset with change of Faridabad MC chief amid drive 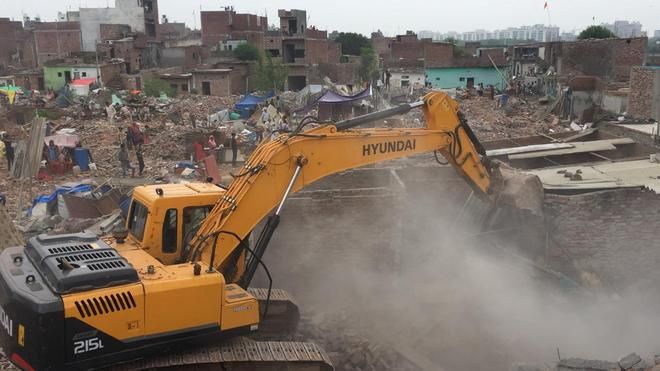 The Supreme Court on Tuesday expressed its displeasure that the Faridabad Muncipal Corporation (MC) commissioner was changed in the midst of the rehabilitation process of the eligible persons, after unauthorised constructions on Aravalli forest area in Khori village were removed.

A Bench, comprising justices AM Khanwilkar and Dinesh Maheshwari, said: “On the last occasion, we did not say anything, but we have taken note of it that in the midst of this thing, which is regularly going on, you have changed your commissioner. Nobody had even the courtesy to inform the court about the change of commissioner.”

“Why the commissioner was changed like this without our permission? Some work was going on,” the Bench observed, adding, “What is happening to those farmhouses which are encroachments? Have you taken action on that?”

The MC said the timelines had been framed in view of the present factual position and circumstances and to achieve these, the civic body had floated tender on September 8 for the maintenance of the EWS flats at Dabua and Bapu Nagar. It said the plan was finalised by the MC after considering the suggestions given by the jhuggi dwellers from time to time.

Meanwhile, the Bench also expressed displeasure as to why the MC “keeps on changing counsel” as the court had given some suggestions to senior advocate Arun Bhardwaj, who had appeared for the civic body, on the last date of hearing about the provisional allotment to eligible persons. — PTI